“On the Basis of Sex”: 5 Times The Notorious RBG Spoke Up for Women’s Rights 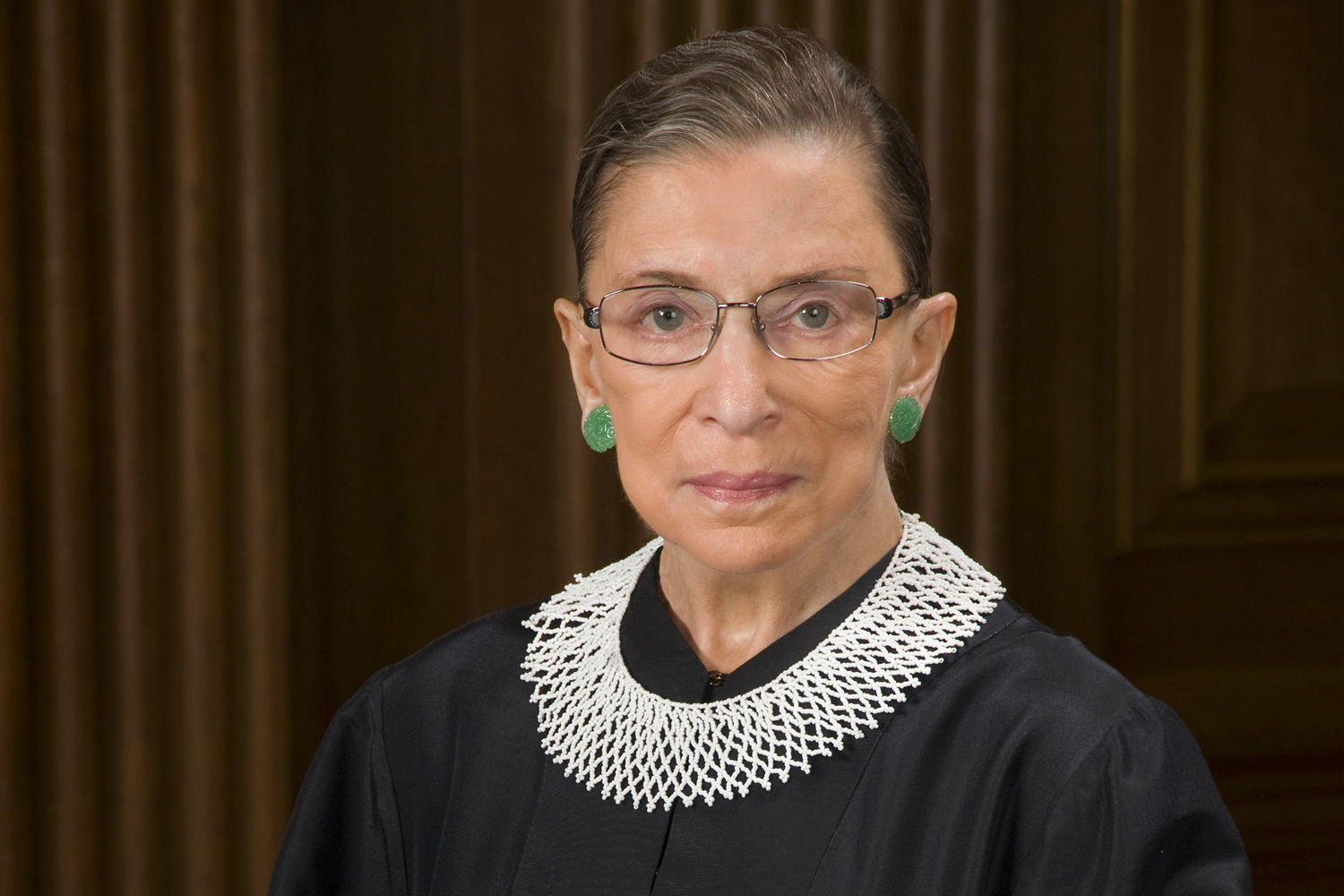 Last month, the dramatic biopic On the Basis of Sex was released in theaters. We here at InHerSight loved seeing the perseverance, intelligence, and pure badassery of Supreme Court Justice Ruth Bader Ginsburg on the big screen. This film depicts Ginsburg’s start in law school—at both Harvard and Columbia—and as a litigator in one of the first successful sex-discrimination cases in U.S. history.

Affectionately known as “The Notorious RBG” by younger admirers, the 85-year-old has evolved into a gender equality trailblazer and pop culture icon over the years. Her cases in the 70s were the first to begin dissolving the legal system of discrimination against women, which were often based on the precedent of previous cases. Ginsburg was appointed to the Supreme Court in 1993, and her 25-year career on the bench has greatly advanced women’s rights and gender equality. Her voice has become a quintessential symbol and inspiration for modern feminism. She’s known for her persuasive speeches and, recently, dissenting opinions in cases where women’s rights are threatened.

RBG has demonstrated her resilience on numerous occasions in the past. Not only was she the top of her class at Harvard, but she also juggled her studies with caring for her 14-month old child and ailing husband, who had cancer, WHILE doing his work in addition to her own. In more recent years, she’s survived two rounds of cancer and incidents with fractured ribs, never missing a day of work. As long as she’s able to continue, she refuses to give up on her country. She’s the true definition of a boss.

Here are 5 times RBG spoke out against sexism in crucial court cases:

RBG wrote for the majority in this important case that struck down the Virginia Military Institute’s gender-based admission policy. After the Institute argued that women weren’t physically suited for VMI’s tough training, RBG made it clear that she wouldn’t tolerate this blatant sexism, arguing that the policy violated the Fourteenth Amendment’s Equal Protection Clause.

She asserted that gender equality is a constitutional right and wrote that no policy should ever "[deny]...women, simply because they are women, full citizenship stature — equal opportunity to aspire, achieve, participate in, and contribute to society." No one could’ve said it better.

This case dealt with gender pay discrimination and the statute of limitations. An employee at Goodyear, Lily Ledbetter, sued the company under the Equal Pay Act after she realized she was making thousands less than her male co-workers. Goodyear claimed that Ledbetter didn’t file her claim in a timely manner, and unfortunately, the court sided with the company in a 5–4 majority. Unsurprisingly, RBG was in the minority, which believed there shouldn’t be a time limit in cases of discriminatory pay because it can happen subtly over time.

In her dissent, Ginsburg wrote, “A worker knows immediately if she is denied a promotion or transfer. Compensation disparities, in contrast, are often hidden from sight.”

Read more: 36% of Women Say a Male Colleague Has Told Her How Much He Makes

While Ledbetter didn’t win the case, RBG still stood up for women who make less than their male counterparts and helped set groundwork for future arguments against pay discrimination.

RBG sided with the majority in the biggest abortion case since Roe v. Wade. The justices struck down Texas’s H.B. 2 Bill that imposed strict requirements on the state’s abortion clinics, declaring the requirements were unnecessary restrictions that encroached on women’s right to abortions. Although RBG didn’t write the official majority opinion, she shared her opinion on the matter, as she always does, citing her frustration with the outlandish attacks on abortion clinics.

She wrote, “It is beyond rational belief that H.B. 2 could genuinely protect the health of women, and certain that the law would simply make it more difficult for them to obtain abortions. When a state severely limits access to safe and legal procedures, women in desperate circumstances may resort to unlicensed rogue practitioners...at great risk to their health and safety.” Amen.

In this case, the Green Family, which owns and operates over 500 Hobby Lobby stores, challenged the contraception requirement under the Patient Protection and Affordable Care Act. The Green Family organized Hobby Lobby under religious principles and argued that the requirement violated their First Amendment rights and the Religious Freedom Restoration Act of 1993. In the end, the court sided with the Green Family, deciding that The Religious Freedom Restoration Act allows for-profit companies to deny contraception coverage to employees based on religious objections. RBG did not take kindly to the decision and dished out a fervent dissent, listing the consequences that would ensue from this decision. She noted that the exemptions enabled organizations to prevent women from accessing contraceptive care, effectively jeopardizing their female employees' health.

This landmark case legalized same-sex marriage in the U.S. under the Fourteenth Amendment, and Ginsburg, a longstanding proponent for LGBTQ rights, sided with the majority. She completely schooled those who did not agree with the decision, stating, “Marriage was a relationship of a dominant male to a subordinate female. That ended as a result of this court’s decision in 1982…Would that be a choice that state should [still] be allowed to have? To cling to marriage the way it once was?”

When John Bursch, the lawyer who argued the case, reasoned that the sole purpose of marriage was to promote procreation, Ginsburg retorted, “Suppose a couple, 70-year-old couple, comes in and they want to get married? You don’t have to ask them any questions. You know they are not going to have any children.” Preach, RBG, preach.

For more inspiration, check out these 20 quotes from iconic women that'll make you feel like you can conquer the world (hint: one of them's from RBG).

By Cara Hutto and Diana Pressey

Diana Pressey is a senior advertising/public relations major at UNC-Chapel Hill. She's also an editorial and content marketing intern at InHerSight and campaigns team lead at the 1893 Brand Studio. In her free time, she enjoys reading and writing, dancing badly at concerts, belly laughing, and hanging out with other people’s pets.

Why You Hate Working: 4 Questions to Suss Out the Reason
12 Female Leadership Books to Pump You Up
You Don’t Have to Succeed in Your 20s. These Women Didn’t.
More articles ›