Rate Now
Best Companies for Women
All Companies
Jobs
Community
Blog
Research
For Employers
Join InHerSight's growing community of professional women and get matched to great jobs and more!
Sign Up
Already have an account? Log in
Aug 26, 2019 in Career Management

In the last five years, companies like Apple (3.5 stars), Facebook (4.0 stars), and Google (3.8 stars) have introduced egg freezing as a benefit to employees. Employers tout the policy as a means of family planning, while critics of the benefit say it sends the message that these companies would rather see their employees work than have children.

But a small study conducted in 2018 found that career is not in fact a leading reason women choose to freeze their eggs, but rather partnership—or lack thereof—is the primary motivation for women to postpone pregnancy in this way. 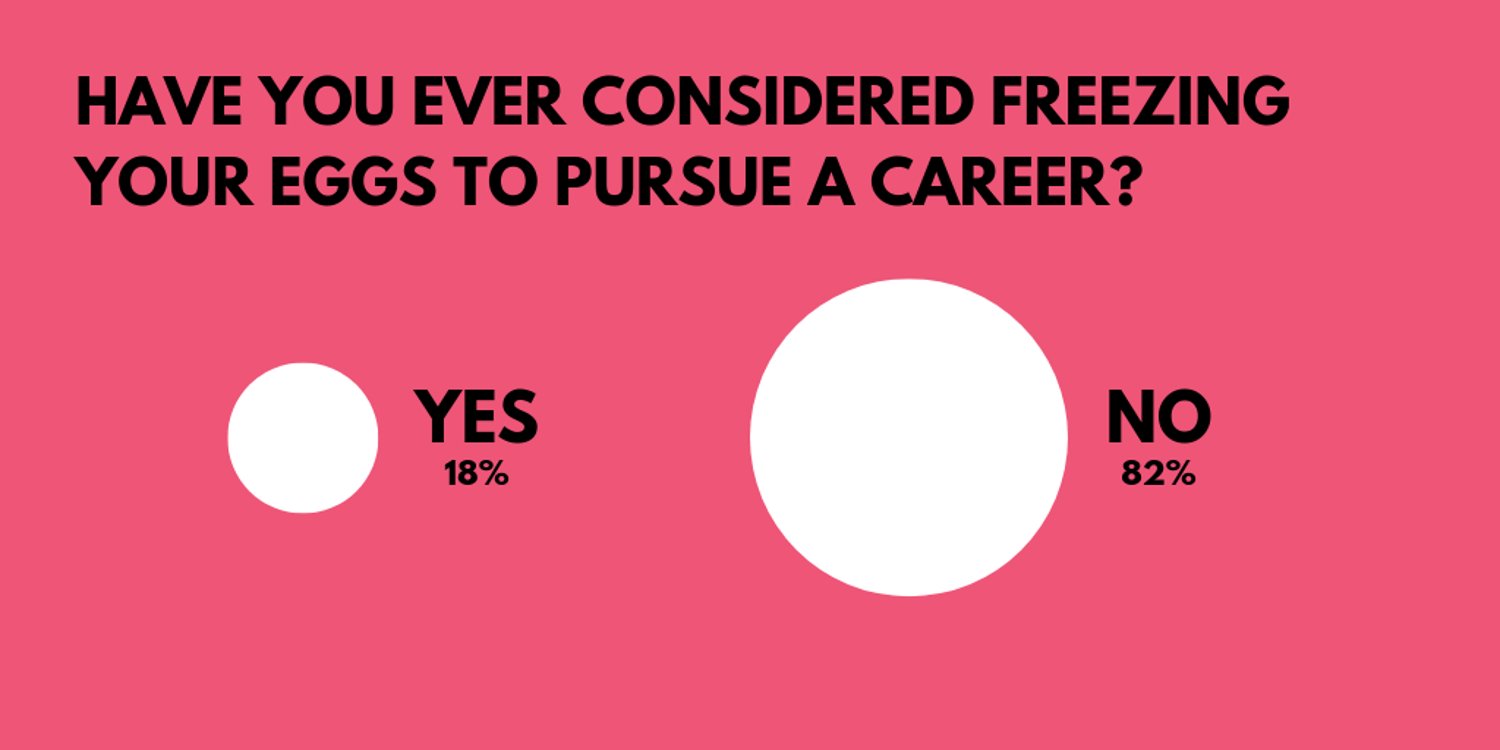 Eighteen percent of respondents say they have considered egg freezing in order to pursue a career.

But in keeping with the aforementioned study, only a fraction of that have gone through with egg freezing for this reason—only 0.3 percent of respondents. 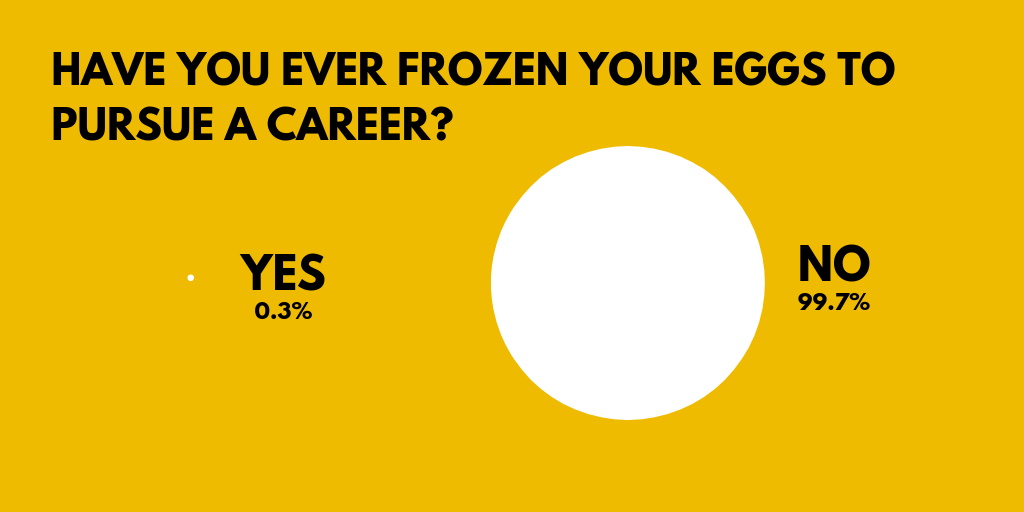 Egg freezing is expensive. Harvesting eggs can cost up to $10,000, and storing them can run you $500 each year. If a woman decides she wants to thaw the eggs and try IVF in the hope of getting pregnant, that can cost as much as $5,000—each time.

The fact that it’s cost prohibitive may account for at least part of the reason why nearly a fifth of women entertain the idea, but less than 1 percent elect to freeze their eggs.

Read more: Can Freezing Your Eggs Really Help Your Career?

Have you frozen your eggs: 791 women

Have you ever considered freezing your eggs: 779 women

Career Management Working Mom
Want to add to our dataset?
Rate and review a company and take our latest poll.
Let’s go

Jun 3, 2019 in Working Mom
32% of Mothers Have Experienced Workplace Discrimination Because of Parental Status
More than a quarter of women say they have been discriminated against at work because they have children
May 1, 2019 in Working Mom
Nearly 90% of Women Support Employer-Paid Maternity Leave
The U.S. is the only developed country—and one of the only countries in the world—that guarantees no paid family leave after the birth or adoption of a child.
May 3, 2019 in Working Mom
Should Women and Men Be Given Equal Time for Parental Leave?
Working women believe they should—sort of
Artist: Anna Grimal
Enjoy Free Access to All Our Great Articles
Create a free account to get unlimited access to our articles and to join millions of women growing with the InHerSight community.
Looks like you already have an account! Click here to login ›
Invalid email. Please try again!
...or sign up with social media
Have an InHerSight account?
Log in ›
By signing up, you agree to InHerSight's Terms and Privacy Policy.