'The Long Friday': The Story of an Unpaid Labor Strike

How Iceland became a world leader in gender equality 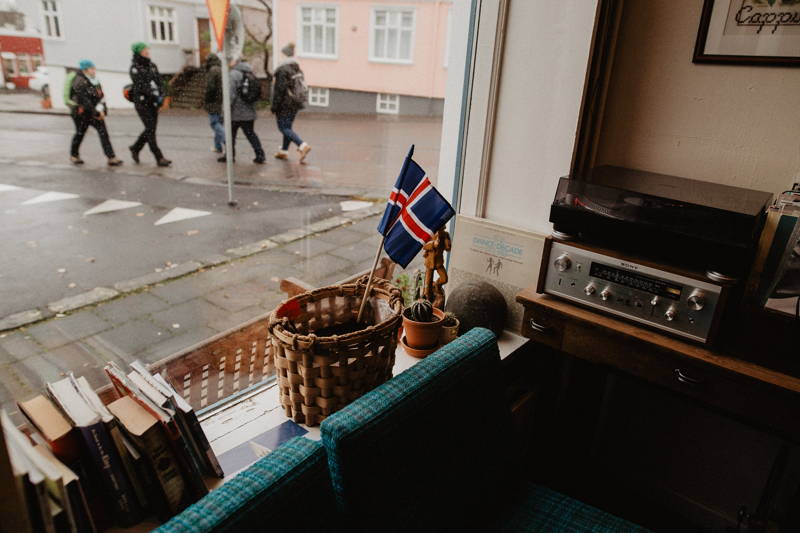 How did Iceland, a tiny, sparsely populated Nordic island country, come to lead the world in gender equality? The story begins with a carefully orchestrated day off.

When the United Nations proclaimed 1975 “International Women's Year,” five of Iceland's largest women organizations decided to organize a women's protest on Friday, October 24. The goal of the strike was to protest wage discrepancy, unfair employment practices, and unpaid labor by demonstrating the crucial roles of women in Icelandic society. It was called Kvennafrídagurinn (The Women's Day Off).

According to the Global Nonviolent Action Database Project, at the time, women who worked outside the home in Iceland made less than 60 percent of the wages that men made for the same work, a number that’s comparable to the wage gap seen in the United States at the time. Many women were also often unable to get jobs because of housework and child-rearing responsibilities.

Records from the day estimated 90 percent of Icelandic women took part in the “day off” that virtually shut the country down. Without women flight attendants, typesetters, telephone operators, and teachers, Iceland struggled without phone service, airline flights, newspapers, or schools. Fisheries either closed or operated at half capacity. Housewives did no cooking, cleaning, or child care, and fathers either hauled their children to work or got older children to babysit. Striking women did no work from 8 a.m. until midnight that day. It is entertaining to read in accounts of the day that sausages—a popular fast food at the time—sold out entirely in supermarkets.

Annadis Rudolfsdottir was 11 years old at the time of the strike, and she shared her memories of the day in The Guardian in anticipation of the protest’s 30th anniversary in 2005. “In the days preceding the 24th it seemed that women everywhere were grouping together, drinking coffee, smoking incessantly but doing a lot of agitated talking,” she wrote.

“In Reykjavik an estimated 25,000 women gathered to listen to speeches, sing and discuss matters—an astonishing number considering that Iceland’s population was then just under 220,000,” Rudolfsdottir wrote. It was the largest mass demonstration in Iceland’s history. That powerful, grassroots moment of “determination and purposeful” unity transcended all political agendas and began a reshaping of the country's politics. "For many, it was a wake-up call. I, like many women of my generation, became a feminist that day.”

The protest made news around the world, and The New York Times’ digitized coverage of the event is now available online (Iceland: Women Strike). A record of women’s protest songs was released on the day of the demonstration; you can still listen to the music.

In 1976, Iceland’s parliament passed a law guaranteeing equal rights to women and men. For perspective, in the U.S., the Equal Rights Amendment was approved by Congress in 1972 but never fully ratified by the states. Although the legislation in Iceland did not immediately resolve gender disparities, it was a start. By 2018, Iceland ranked sixth in the world for life expectancy, education, and gross national income in the Human Development Index.

Every 10 years, Icelandic women stop work on October 24 to celebrate and commemorate the historic protest and draw attention to changes still needed. Director Pamela Hogan is now working on a documentary of “The Long Friday” protest with Vigdís Finnbogadóttir, Iceland’s (and the world’s) first democratically elected woman president. (Watch the trailer.)

Magnea Marinósdóttir and Rósa Erlingsdóttir work for Iceland’s Equality Unit in the Ministry of Welfare. They recently wrote for the World Economic Forum: “Gender equality does not come about of its own accord. It requires the collective action and solidarity of women human rights defenders, political will, and tools such as legislation, gender budgeting, and quotas.”

So how long will it take to close the global gender gap? In its Global Gender Gap Report 2020, the World Economic Forum estimates it will take 257 years at the current rate of change. But Icelandic women have shown that change can happen. It sounds like it's time for women to take another “day off.”

Deborah Hill is a podcaster, anthropologist, science writer, communications strategist and avid world traveler. Her work often delves into the ways humans and businesses interact. She works at Duke University in food policy and freelances to indulge her creative side.

22 Women in Politics Who Fought to Make Better Workplaces for Women
9 Undervalued People Who Changed the World
8 Female Artists That Weren’t in Your History Book, But Should Have Been
More articles ›

InHerSight thrives on insight from women like you. Anonymously answer pressing questions from women in our community.