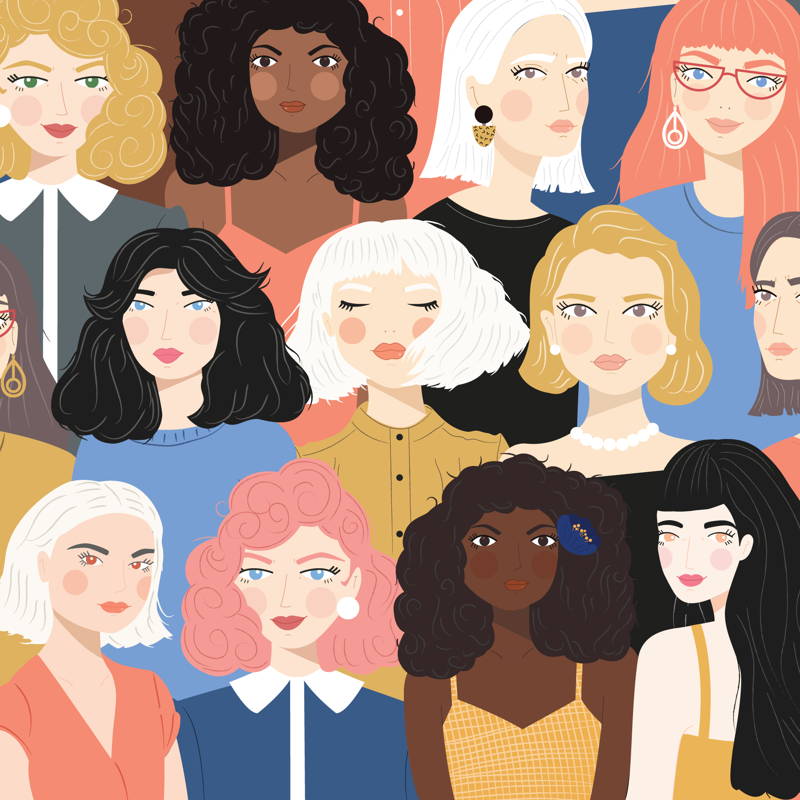 I wasn’t taught the full history of women’s suffrage, or how women achieved the legal right to vote, until I was in college and enrolled in an elective about women’s history. There, I learned about the 1848 women’s rights convention in Seneca Falls, New York, where 68 women and 32 men signed Elizabeth Cady Stanton’s Declaration of Sentiments, a manifesto that purposefully mirrors the Declaration of Independence, phrase for phrase, and lays out women’s grievances against men:

“He has never permitted her to exercise her inalienable right to the elective franchise.

He has compelled her to submit to laws, in the formation of which she had no voice.

He has withheld from her rights which are given to the most ignorant and degraded men - both natives and foreigners.

Having deprived her of this first right as a citizen, the elective franchise, thereby leaving her without representation in the halls of legislation, he has oppressed her on all sides.

He has made her, if married, in the eye of the law, civilly dead.

He has taken from her all right in property, even to the wages she earns.”

In the United States, that convention and its calls to action are considered the official start of the women’s rights movement, though if you dig deeper into the words of women over the course of history, you’ll find thought leaders like Mary Wollstonecraft were laying the groundwork for early feminist philosophy long before Seneca Falls. The battle for women’s right to vote started before 1848, and as we’ll discuss, it ended in the U.S. decades after August 26, 1920, the date the 19th Amendment, which secured women’s right to vote, was ratified.

Still, the 72 years between Seneca Falls and the ratification of the 19th Amendment provide a good starting point for understanding how women achieved the right to vote. Early on, the suffragettes (the name for the women who advocated for women’s right to vote) were led by Stanton and Susan B. Anthony. This group, dominated by white and middle-class women, circled petitions and lobbied Congress to pass a constitutional amendment that would enfranchise women. But although much of their work dovetailed with the abolitionist movement, the white suffragettes were still quite racist, and in the onset and wake of the Civil War, Black women and other women of color formed their own suffragette organizations, a racial divide that would continue through to the modern intersectional feminist movement.

Notably, and beautifully, it was the Black suffragettes who advocated most ardently for human rights for all, regardless of race or sex. A quote from writer, poet, and public speaker Frances Ellen Watkins Harper in 1866 underlines that widespread mindset: “We are all bound up together in one great bundle of humanity, and society cannot trample on the weakest and feeblest of its members without receiving the curse in its own soul.” Her words represent inclusion at its earliest.

Fast forward to the turn of the century. The 13th, 14th, and 15th amendments had been ratified, freeing enslaved people, granting citizenship to people born on U.S. soil, and giving Black men the right to vote—at least on paper. The women’s rights movement slowed, as women began focusing instead on public policy reform. It would only ramp again when women realized they were still too marginalized to make changes, too powerless. Politicians wouldn’t listen to their reform ideas, and women, in response, recognized the crucial need for enfranchisement.

The 20th-century suffragists were led on the national stage by two groups: the National American Woman Suffrage Association (NAWSA) and the National Women’s Party (NWP). Under the leadership of Carrie Chapman Catt, NAWSA focused on enfranchising women in individual states and lobbying President Woodrow Wilson and Congress for a Constitutional Amendment. Millions of women made up their ranks.

The NWP was more militant. Led by Alice Paul and Lucy Burns, they picketed the White House and were eventually arrested. Besides pushing for the Equal Rights Amendment, the NWP is probably most famous for its hunger strikes during this time: While imprisoned in June 1917, its members went on a hunger strike after being denied political prisoner status and were force-fed. Public outcry and support for the prisoners was tremendous.

If that sounds like a PR nightmare to you, you’re right. It was. But it wasn’t the NWP that forced the government’s hand on ratification; it was the combined effort of both suffragette organizations. By the time the 19th Amendment was finally ratified in 1920, 15 states, mainly in the West, already had full female suffrage. In others, women had partial voting rights. State-by-state enfranchisement had been a powerful political strategy, too.

It took more than a year to officially ratify the 19th Amendment, which was passed by Congress on June 4, 1919, but when Tennessee, the 36th and final state needed to reach that coveted two-thirds, finally signed on, it was historic: The amendment became the single largest extension of democratic voting rights in our nation’s history.

That said, what August 26 commemorates is that moment and, really, only that. A piece of paper that says women can vote. The decades that followed were not easy, especially for women of color, who’d faced discrimination throughout the suffrage movement—at the hands of white suffragettes, no less—and now were uncertain whether their rights would be honored. They weren’t.

Although the 19th Amendment decreed states could not discriminate in voting based on sex, poll taxes, literacy tests, and outright racism and violence kept Black men and women in the South from the polls, and Native Americans and Asian immigrants were hardly considered citizens. In other words, just as the Civil Rights Act of 1964 did not root out racism and Obergefell v. Hodges does not keep vendors from denying same-sex couples wedding cakes, the amendment did not change the culture. Prejudice persisted.

Read more: A Thousand Paper Cuts: Microaggressions in the Workplace

As we celebrate the centennial of the 19th Amendment in 2020, it’s important to remember that “rights” in the United States, and around the world, are often treated like campaign promises instead of binding contracts, and a culture of racism and sexism mitigates or all-out impedes whatever legislation goes into effect to protect disenfranchised groups.

There’s good worth celebrating, of course. The 19th Amendment is good. But the historical and painful truth is that not all people who fought for the 19th Amendment wanted all women to be granted its liberties, and many people since have barred women from fully enjoying its freedom. It’s an incomplete good, but a stepping stone to be thankful for nonetheless.

Read more: Everything You Need to Know About Talking Politics at Work

The truth is in the numbers. Explore our research to find out how women on InHerSight feel about salary, company culture, negotiation, and more.