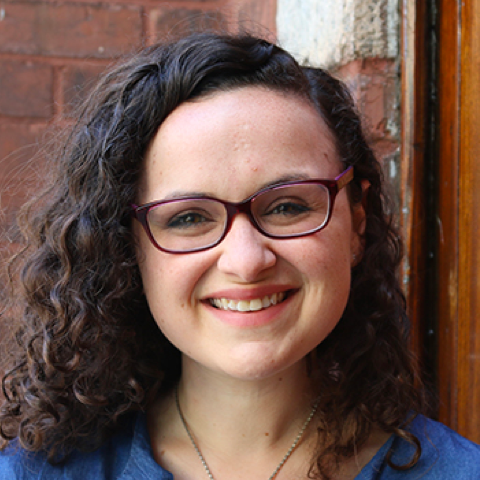 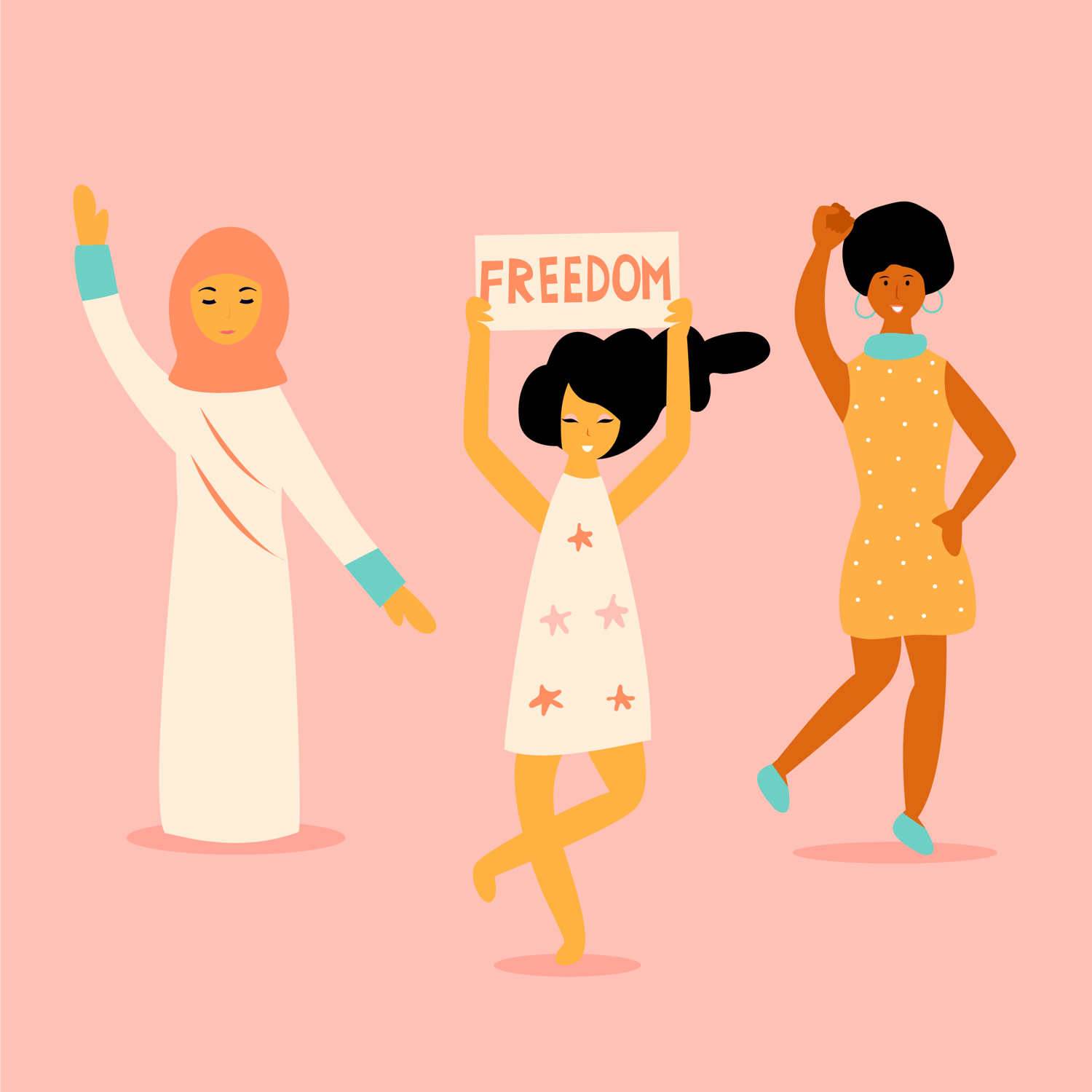 Women in the United States have had the right to vote for a century. Let that sink in: only 100 years on a planet that’s currently celebrating the big 4.5 billion. (Yes, the U.S. was part of Pangea back then, but you get what we’re saying.) Still, despite our lack of rights and representation, women politicians have made waves since the birth of our nation, especially in areas where workers’ rights and women’s rights intersect.

These are just a few of the women in our political history who have set out to make the working world better for women. And some day, we’ll add our names to this list.

“Remember the ladies,” wrote Abigail Adams to her husband, President John Adams, on March 31, 1776, when he and other members of the Continental Congress were creating the U.S.’s founding framework. Although he ignored her desire for women’s rights to be included in those provisions (awesome!), her prescience earned her a place in the women’s political history elite, even though she never held an elected position.

If you’ve ever worn a T-shirt (or held a protest sign) that said, “A woman’s place is in the House,” you can thank Congresswoman Bella Abzug for that clever turn of phrase. A lawyer specializing in labor and civil rights, Abzug, who was elected to the U.S. House of Representatives in the 1970s, became a vocal member of the anti-war war movement during the Vietnam War and a strong advocate for women’s rights.

President George W. Bush appointed Elaine Chao to be Secretary of Labor in 2001. The first Asian-American woman to serve in a presidential cabinet, she spent the next eight years working to improve regulations for overtime, unions, and worker retirement. She was confirmed as the Secretary of Transportation in 2017.

Shirley Chisholm was the first African-American woman to be elected to Congress and a founding member of the Congressional Black Caucus. Representing a liberal Brooklyn neighborhood, she advocated for daycare funding and minimum wages for domestic workers, two key issues for her district. She also called out Congress for its boys’ club atmosphere, saying the country’s highest legislative body was run by “a small group of old men.”

Nominated to the Supreme Court in 1993, The Great Dissenter, as Ruth Bader Ginsburg been called in recent years, has decades of advocacy under her collar. Although her landmark case was United States v. Virginia, which allowed women to attend Virginia Military Institute, she argued for women’s rights as employees in Ledbetter v. Goodyear Tire & Rubber Co. and Burwell v. Hobby Lobby, among other times. She also coauthored the first casebook on sex discrimination.

Serving from 1955 to 1974, this Michigan congresswoman fought for women’s inclusion in the protections of the Civil Rights Act of 1964. Griffiths later pushed to get the Equal Rights Amendment out of committee, where it had stalled for almost a year.

A labor and civil rights activist, Dolores Huerta’s advocacy is centered around social and economic conditions of farm workers, which includes that of immigrants and women. She co-founded the National Farm Workers Association with Cesar Chavez and created the Agricultural Workers Association.

Part of the Works Progress Administration, Hallie Flanagan helped fund and produce live theater across the U.S. during the Great Depression. The Federal Theatre Project, as the program was known, created jobs for actors, dancers, writers, and other artists around the country.

Although Ellen Malcom didn’t run for office herself, she’s helped many other women do so. Through her organization EMILY’s List (Early Money is Like Yeast), which she founded in 1985, Malcom has helped hundreds of female candidates to be elected to positions in the local, state, and national levels. EMILY’s List recruits, trains, and supports women running for political office.

One of the more moderate members in the Senate, Claire McCaskill, the senior senator from Missouri, is known for introducing the Victims Protection Act. The act attempts to protect sexual assault survivors in the military.

When she retired in 2017 at age 80, Barabara Mikulski was the longest-serving woman in Congress’ history. During her 40-year tenure, she pushed for environmental protections and highway funding while also firmly standing behind legislation that protected and advanced women, such as The Lilly Ledbetter Fair Pay Act.

Representing Hawaii, Patsy Takemoto Mink was the first Asian-American woman to be elected to the House of Representatives. Along with congresswoman Edith Green, Mink cosponsored Title IX of the of the Education Amendments Act of 1972, which banned gender discrimination in academics and athletics. The legislation opened the door for many women athletes to pursue their dreams on the field.

While working in a New York cafeteria, Guatemalan-born Luisa Moreno led a protest against long hours and sexual harassment, thereby kicking off her labor organizing career. Being an immigrant herself, Moreno was a staunch advocate of immigrants’ rights and protections.

Born into slavery in 1853, Lucy Parsons became a radical labor organizer and speaker after intolerant reactions to her interracial marriage forced her to flee Texas. Once settled in Chicago, she wrote for liberal and labor publications. At the founding of the Industrial Workers of the World, she was one of two women delegates and the only one to speak, arguing for equality and for underpaid women to have lower union fees.

Elected Speaker of the House of Representatives in 2007, Nancy Pelosi is well-known for championing President Barack Obama’s health care law. Yet in the employment realm, it’s her push for the first federal minimum wage increase in a decade—from $5.15 to $7.25—that earns her a place on this list.

Frances Perkins was the first woman to hold a cabinet position, serving as Labor Secretary from 1933 to 1945. The architect of FDR’s New Deal, Perkins drafted the Social Security Act and oversaw the implementation of minimum and unemployment compensation policies. Because of her tireless work for workers’ rights and safety, the headquarters of the U.S. Department of Labor is named in her honor.

During her tenure as Texas’ governor from 1991 to 1995, Ann Richards appointed more women and minorities to official positions than any of her predecessors. Aside from lifting up women, she advocated for prison reform, gun control, and environmental protections.

The second-youngest woman ever elected to Congress, Patricia Schroeder sat on the House Armed Services Committee, where she advocated laws like the Family and Medical Leave Act (FMLA) that protect women and families. Notably, when a male colleague asked how she could balance being a  mother of two and a congresswoman, Schroeder said, “I have a brain and a uterus. I use both.”

An immigrant from the Philippines, Velma Veloria was a labor activist who organized for the Office and Professional Employees International Union. She became the first Asian-American woman elected to the Washington State Legislature in 1992.

One of the first female stockbrokers and a prominent voice in women’s suffrage, Victoria Woodhull became the first woman to run for president in 1872, when the Equal Rights Party nominated her. Her platform was unconventional for the time: “Free love,” workers’ rights, health care, other issues took precedence.

Low-Paying Job? These Transferable Skills Can Have Big Payoffs

16 Interview Questions & Your Guide to Crushing Them

Working Women
This Rapper Insists Women Can Have It All
Lessons from Cardi B on working hard and having a family
Read more ›
Working Women
What’s Your Favorite Career? Candy.
What the women of Hersheys and Smarties have to say about the confectionery industry
Read more ›
Working Women
6 Phenomenal Women Who Shook Up Their Industries
They fought, sometimes literally, for their rightful place in male-dominated fields
Read more ›
Artist: Anna Grimal
Enjoy Free Access to All Our Great Articles
Create a free account to get unlimited access to our articles and to join millions of women growing with the InHerSight community.
Looks like you already have an account! Click here to login ›
Invalid email. Please try again!
...or sign up with social media
Have an InHerSight account?
Log in ›
By signing up, you agree to InHerSight's Terms and Privacy Policy.