Ending Gender Inequality in the Workplace: 6 Things That Must Change

How the way we think, parent, and lead must shift if we hope to achieve equality 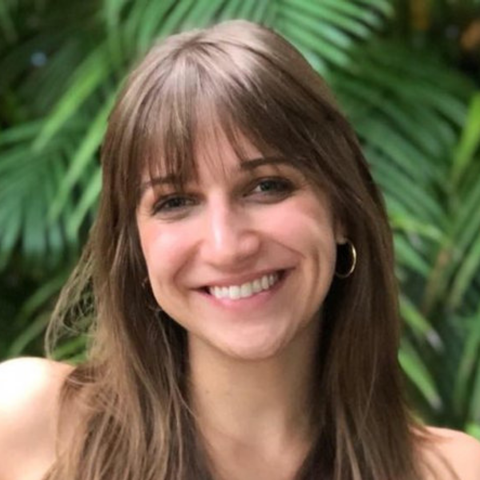 There is no short list of theories as to why gender inequality is still a problem in the workplace. Some experts say there is a single cause, or at least a primary cause that when extinguished will put out the fire; others say a confluence of factors is to blame for maintaining inequality between genders. The truth is, there’s no silver bullet. The way we think, the way we parent, the way we structure our days—all of it must change if we want to see the end of gender inequality in the workplace.

This list is just a start—a guide to some of the most important ways we can change to achieve equality.

1. Our attitudes must change

The notion that the office is a man’s territory and the home a woman’s is outdated and damaging. It cultivates boys’ clubs, excuses harassment and discrimination, and ultimately confines both women and men to boxes difficult to break. It’s backward to uphold the idea that mothers and fathers cannot be committed to both work and family in equal measure, that women are best suited for roles like communication and caregiving and men for mathematics and scientific research. This feels elementary, but it’s an omnipresent toxin even in 2019.

2. We have to parent equally

And employers have to help this happen with “hard” policies, like parental leave policies that give ample time to both father and mother, the ability to work remotely and structure your workday, and “soft” policies like supportive leadership that sets the temperature of the workplace, and an office culture that supports the role of parent as much as it does the role of professional.

Until we change the way we think about parenthood, we cannot break the cycle of gender inequality in the workplace.

3. Companies must hire and promote women to the highest levels of the organization

Women comprise more than half of the U.S. population, they earn more undergraduate and master’s degrees than men do, they account for 47 percent of the American labor force—and yet women are woefully underrepresented in leadership and executive roles.

4. We have to create gender-balanced workforces from top to bottom

Not only must we ensure women exist at the highest levels of corporate leadership, we must also ensure that out workforces are gender balanced from top to bottom.

For example, Virgin Money UK has decided to fight its gender pay gap by committing to gender balance in the workforce. Not only does the company seek women for management and executive roles, it recruits men at the entry level as well. By committing to gender balance, Virgin Money is not only getting closer to closing the pay gap, it is also able to take full advantage of labor force diversity and talent.

5. We have to pay women and men equally

For every dollar a man earned in the United States, a woman earns 80 cents. For mothers who also do paid work, women who are disabled, and for most women of color, the gap is even larger.

Eighty-three percent of women say American businesses are not doing enough to close the gender pay gap, and while our federal government prohibits wage discrimination on the basis of gender, companies are still not required to disclose pay statistics.

6. We have to listen to women

For so long, workplaces have been designed to suit the needs of men.

Take, for example, the typical workday. Monday through Friday 9 a.m. to 5 p.m. (but usually longer) in a brick-and-mortar office is hardly ideal for anyone who takes care of children. While women have been, and still are, the primary caregivers in the family, the American office has made little to no change in response to women’s entrance into the workforce.

Until we take seriously what women want from their employers, what they need, what makes them stay, we cannot hope to end gender inequality in the workplace.

Equal Opportunities Advancement
Rate a company you've worked for
Share what it's like at your employer. It's anonymous and takes 3 minutes!
Rate now

Insight & Commentary
What a Non-Compete Agreement Can Do to Your Career—Know This Before You Sign
How this common employment stipulation can red-line you right out of a job
Read more ›
Insight & Commentary
What Working Women Should Know About Women’s Equality Day
Things aren't all bad, but they're also not not bad
Read more ›
Insight & Commentary
3 Companies Launching Programs to Advance Working Women
Here are some innovative equal opportunity initiatives that we think are worth replicating.
Read more ›
Artist: Anna Grimal
Enjoy Free Access to All Our Great Articles
Create a free account to get unlimited access to our articles and to join millions of women growing with the InHerSight community.
Looks like you already have an account! Click here to login ›
Invalid email. Please try again!
...or sign up with social media
Have an InHerSight account?
Log in ›
By signing up, you agree to InHerSight's Terms and Privacy Policy.