32% of Mothers Have Experienced Workplace Discrimination Because of Parental Status

Discrimination on the basis of parental status is illegal and covered by Executive Order 13152, which was signed on May 2, 2000.

While the practice of discrimination against parents is unlawful, many women are familiar with this de facto practice in the workplace. During pregnancy or after the birth or adoption of a child, women have had their hours cut, been denied promotions and raises, or have been told that it’s not possible to keep up with their work while also being a mother.

We asked 2,000 women whether they have experienced workplace discrimination because of their parental status. The majority said no, they have not, but more than a quarter—32.8 percent—of women say they have been discriminated against at work because they have children. 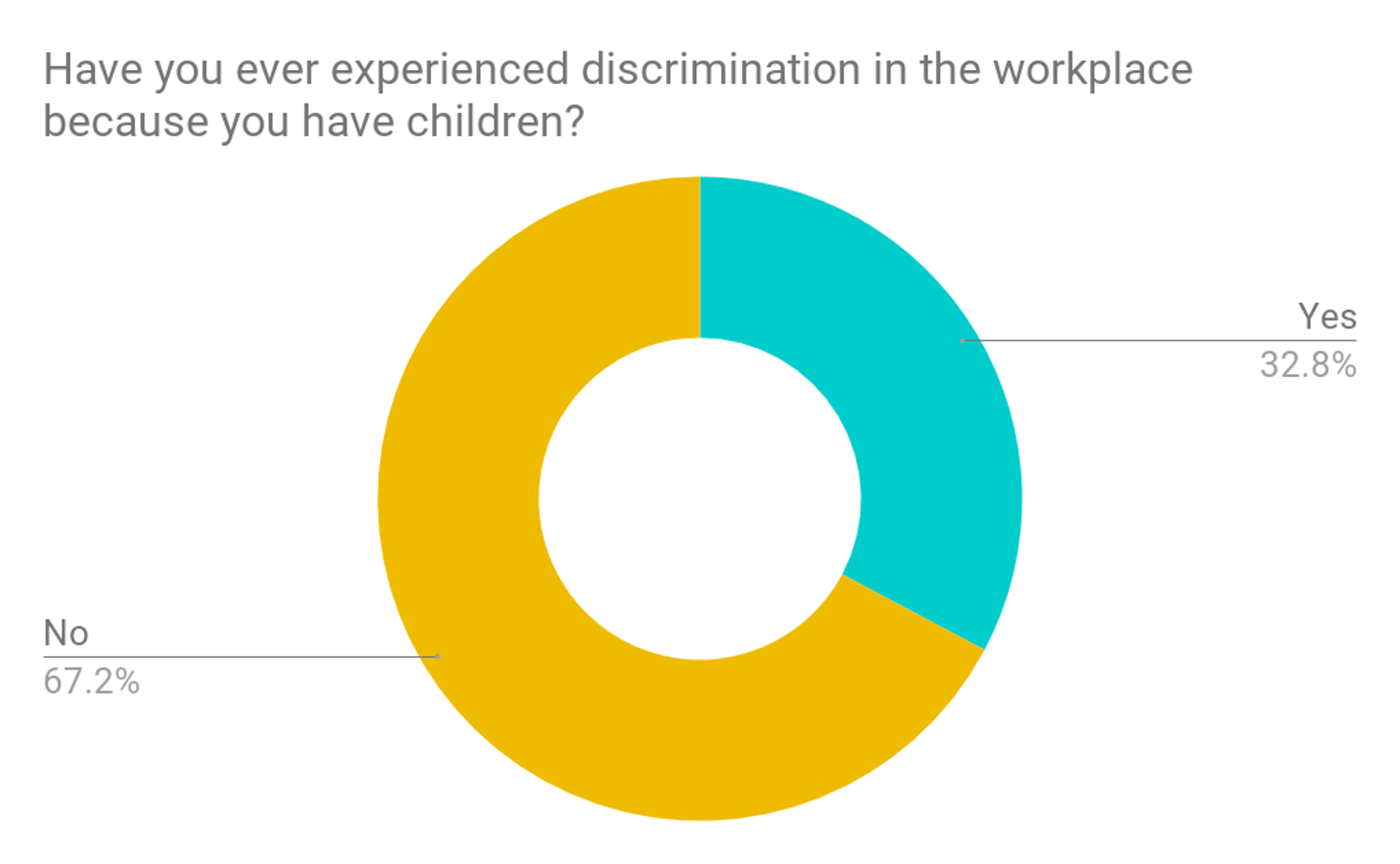 Read more: This is What Pregnancy Discrimination Look Like in the Workplace

While men do experience discrimination in the workplace because of their caregiver status (and the number of men who bring this type of discrimination case is increasing), 75 percent of FRD cases are brought by women.

It should also be noted that it is illegal for an employer to ask in an interview about a candidate’s marital or parental status, which includes inquiries about whether an interviewee plans to have children.

Emily is on staff at InHerSight where she writes about data and women's rights.