Women in STEM, this one's for you 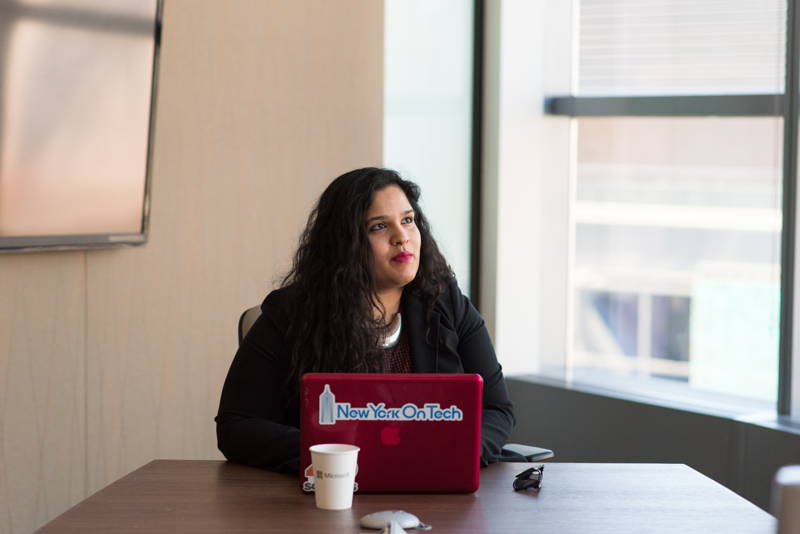 When we talk about the gender pay gap in relation to company culture and industry, many think the term directly refers to pay: to men and women working the same job at the same company and being paid vastly different salaries.

That's part of it, for sure, but it's not precisely the definition. While unfair, gender-based pay does happen more often than we think, the widely cited statistic that women make 80 cents for every white man's dollar is actually representative of a variety of factors, and the number itself comes from averaging the annual salaries of men in a given year and dividing it by the number of males in the workforce. Then, the same thing is done for women. So nationwide, women make 80 cents to men’s dollar, across industries and professions. (Though other studies have shown this number to be much lower, more like half.)

This reality makes the gender pay gap much harder to pinpoint than just being able to say, I make 80 percent of what that guy sitting next to me is making. It makes it less clear who’s really to blame.

Here are a few of the company and industry culture reasons that this gap persists. For a wider lens, like how home life affects the gender pay gap, read this.

Women are underrepresented in STEM Fields

The first cause of this gap is that men choose high-paying careers more than women do. Of the 25 highest paying careers for college graduates, the top 10 are all in the STEM fields: science, technology, engineering, and mathematics.

The tech world is famously dominated by men. In 2017, women made up 57 percent the workforce, but only 26 percent of professional computing positions were held by females.

Read more: What Recent Research on Sexism in the Economics Field Doesn't Say

This number is even lower for women of color. In 2015, just 1 percent of computing occupations held by women were Hispanic, and 3 percent were African-American women.

The overall engineering field is also suffering from a lack of females entering that profession. The Bureau of Labor Statistics data shows that just 13 percent of engineers are female.

According to the US Department of Labor, the most common career for women is an elementary school teacher, followed by registered nurse and receptionist/administrative assistant. But even within the teaching and nursing professions, the women’s average weekly earnings compared to men’s is 88.9 percent and 89.9 percent, respectively.

So, clearly the gap can’t just be explained by women not choosing the right career paths. It exists even within the careers that women dominate.

Another reason that the gender pay gap persists is because women more commonly leave their jobs or take a break from their career advancement. This could be to have children or to pursue a different career path altogether.

For example, only 30 percent of women who receive bachelor’s degrees in engineering are still working in the field 20 years later. And, 56 percent of women in the technology field reportedly left their jobs after 10 to 20 years in the careers. In the high-tech industry, the quit rate for men is 17 percent and for women it’s 41 percent.

Read more: Top 20 Companies Where Women Are Most Satisfied with Their Pay - 2019

The Institute for Women’s Policy Research released data showing that women are nearly twice as likely as men to take time off work—at least a year—and that these women earn an average of 39 percent less than men.

Also, as NCWIT says, when job satisfaction is low, underrepresented groups such as women or minorities will change careers to find a more fulfilling and comfortable work experience.

Read more: Why Do So Many Women Want to Change Careers?

Discrimination and microaggressions in the workplace

Women may not be in the most high-paying roles because of negative workplace experiences. These include harassment, intimidation, or even a lack of females in leadership roles paving the way for young women.

In the technology field, NCWIT says the discrepancy in salaries can arise because females are more encouraged to take on execution-type roles instead of the creator roles that generally pay more.

Read more: Top 20 Tech Companies Where Women Are Most Satisfied with Their Pay - 2019

Women also feel like they have to prove they are capable more than their male coworkers do, and this can be intimidating, diverting women further. It’s not very appealing to have to put in that extra work just to feel like an equal. The Society of Women Engineers research shows that 61 percent of female engineers reported they have to continue to prove themselves to reach the same level of respect and recognition as their male counterparts.

These issues are extremely complex and hard to solve. The gender pay gap has a complicated, multifaceted origin, and there’s no simple answer that will fix it.

What we can do is spread the word and encourage more young women to enter careers they are passionate about, even if they’re male-dominated. And perhaps more importantly, we can continue educating men about these issues so they become more mindful advocates for female success (and will submit to our eventual world domination).

Meredith Boe is a freelance writer and editor based in Chicago. She regularly writes articles about working women and self-employment, in addition to literary criticism, poetry, and creative prose.

The trends we’re seeing and how they’re impacting you

How to Manage Anxiety During Pregnancy at Work

It's not just you

Why Being a Perfectionist Isn't All It's Cracked Up to Be

Perfectionism: the enemy of done

Ask a Recruiter: How Can a Recession or Economic Downturn Affect My Career?

What to expect in the short and long term

Employment Verification Letter: All The Goods

12 Ways to Make Money During COVID-19

Small ways to get some extra cash in your pocket