Rate Now
Best Companies for Women
All Companies
Jobs
Community
Blog
Research
For Employers
Join InHerSight's growing community of professional women and get matched to great jobs and more!
Sign Up
Already have an account? Log in
Feb 13, 2020 in Company Culture

How do women feel about dating in the workplace?

Just 16 percent of women say they have had a romantic relationship with a coworker, while 20 percent say they would be open to the idea. 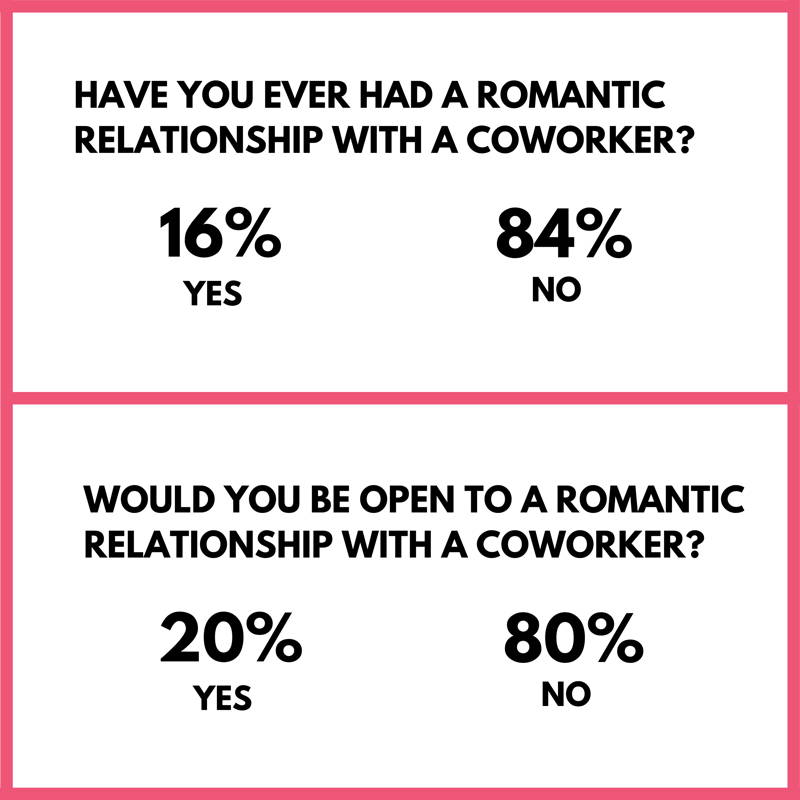 Partnering up long-term is less common, with just 10 percent of women reporting they met their spouse or long-term partner at work.

A little nugget: It’s worth noting that 69 percent of women say they feel relationships in the workplace are fine, as long as they don’t interfere with work. Compare that to just 20 percent who would be open to it themselves. So for a large share of women, dating a coworker is just fine—as long as they’re not the ones doing it. 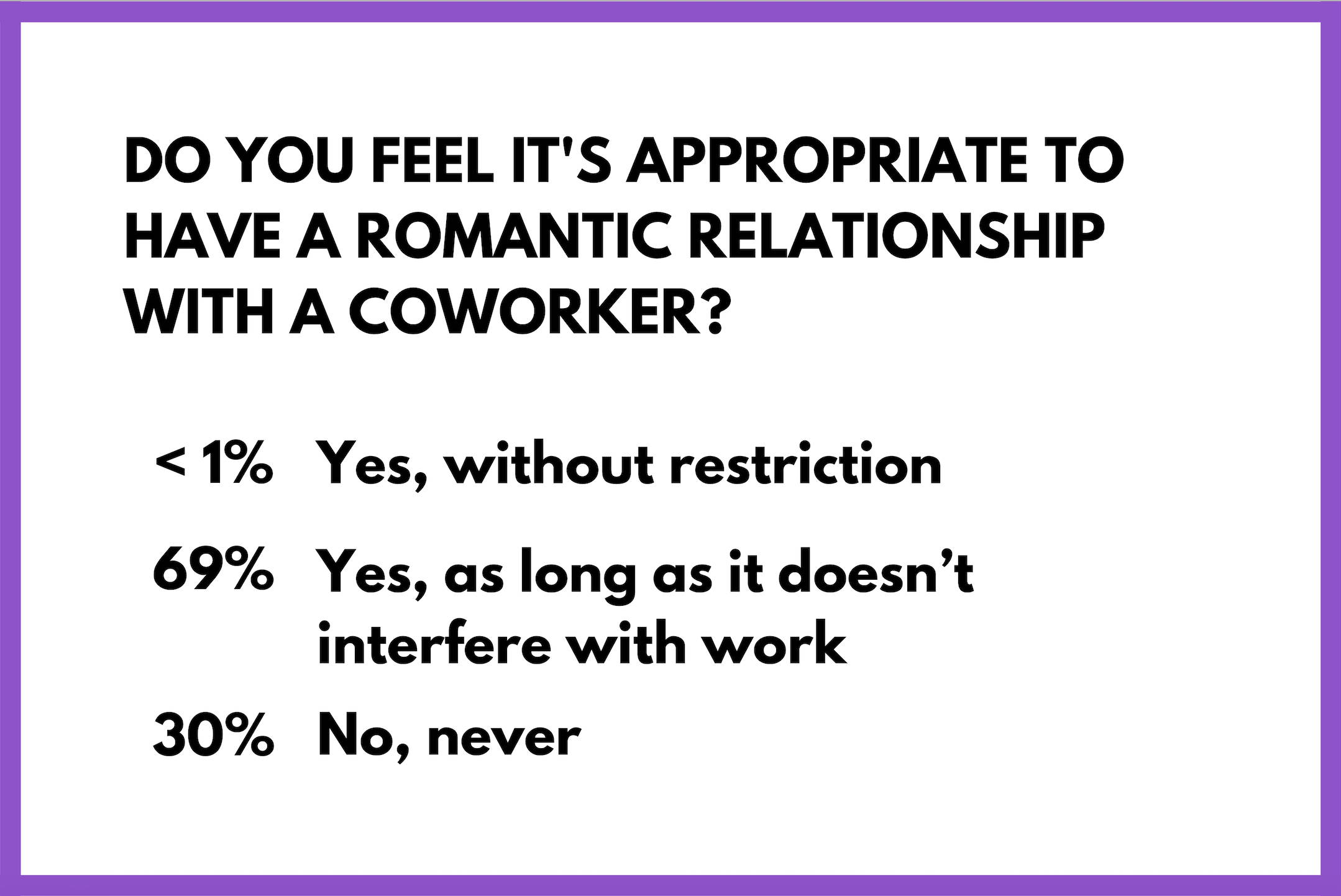 It’s a different story when it comes to dating someone who’s higher or lower ranking: Less than 10 percent of women say they feel it’s okay to have a relationship with a superior or direct report.

Sep 2, 2019 in Company Culture
Women Complain About the Office Temperature, But No One Does Anything About It
Brrrr, it’s cold in here
Aug 12, 2019 in Company Culture
Sunday Creep Is Real for 42% of Women
We surveyed women about the pressure to begin the work week on Sunday and the feelings of anxiety that come with it
Jun 25, 2019 in Company Culture
The Boys’ Club Culture Is More Common Than You May Think
How antiquated ideas of gender are crippling 50 percent of the population in the workplace
Artist: Anna Grimal
Enjoy Free Access to All Our Great Articles
Create a free account to get unlimited access to our articles and to join millions of women growing with the InHerSight community.
Looks like you already have an account! Click here to login ›
Invalid email. Please try again!
Sign up with social media or...
Already have an account?
Log in ›
By signing up, you agree to InHerSight's Terms and Privacy Policy.