InHerSight polled more than 2,000 women to find out how knowledge of a gender pay gap at a company would affect their interest in working there.

If you knew there was a gender pay gap at a specific company, would you be less interested in working there? 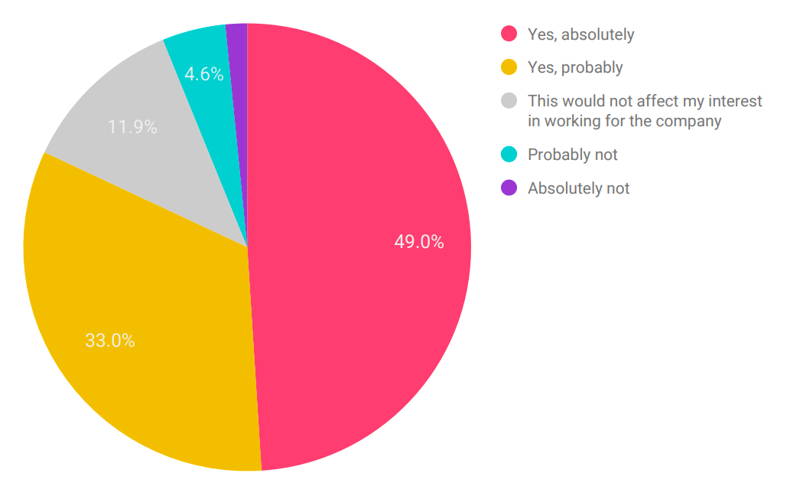 As early as spring 2019, US companies with at least 100 employees, and federal contractors with at least 50 employees and a contract of $50,000 or more, will have to report worker pay by sex, race, and ethnicity to the Equal Opportunity Employment Commission (EEOC).

“Daylight around this is important to equalizing pay,” says Cheryl Legare, employment law attorney in Decatur, GA. “Pay disparities are deep. The only way to fix it is to have this information gathered.”

There are 74.6 million women in the civilian workforce—that’s nearly 47 percent of the American workforce.

The gender pay gap by the numbers

In the United States,

There’s no single reason for the gender pay gap. Factors include lack of female representation in company leadership and in high-paying fields, occupational sorting, discouragement of women in STEM educational programs, the motherhood penalty, gender discrimination, and lack of pay transparency.

Share this article
Editors' Picks
Women Are Fine with Tattoos in the Workplace, But Don’t Believe Their Employers Feel the Same Way
12 of the Best-Paying Part-Time Jobs You Can Find
What Working Women Should Know About Women’s Equality Day
More articles ›