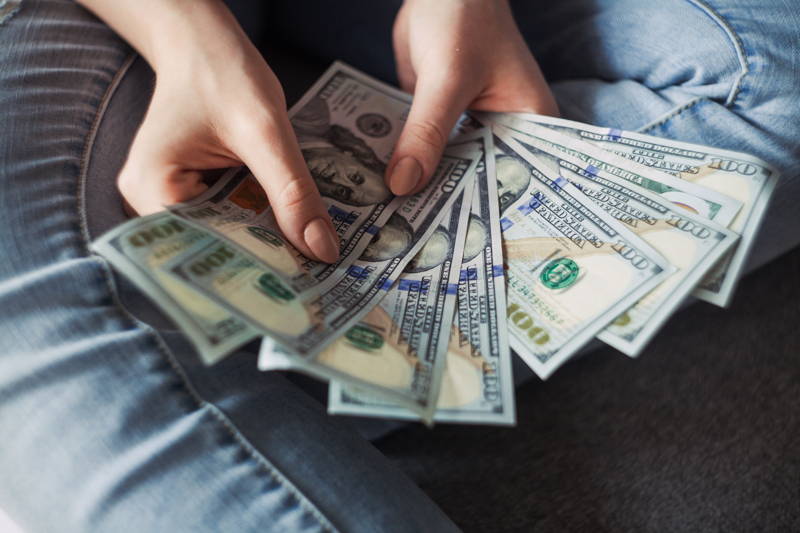 Each spring, the topic of pay equity, aka equal pay for equal work, rears its ugly head in accordance with Equal Pay Day, typically in early spring. And with the annual “celebration,” for a lack of a better word, comes a lot of misinformation. The most common falsehood is that the gender pay gap doesn’t exist—research refutes that one easily—but there are a few others, some subtle, some not so much.

Let’s separate fact from fiction and dispel some of the myths surrounding this ongoing conversation and call-to-action for women.

1. Equal Pay Day is in early March or April

For more than two decades, Equal Pay Day has been a day in early spring per the National Committee on Pay Equity. The first national Equal Pay Day in the United States was in 1996 and has since been a rallying cry and reminder as to how far into the year women need to work to earn what (white) men earned in the previous year. The catch? It’s an average of pay across all ethnicities, so it overstates what most women of color are making and more closely aligns with what white women make. Here’s what that breakdown actually looks like:

Even these numbers vary by ethnicity. (As an example, here's how the pay disparity breaks down for Asian-American women.) The next time you think of Equal Pay Day, stop and think, What about the disparities women of color face? Equal Pay Day is important but what’s more important is that all women are paid like their counterparts.

Read more: Today is Not My Equal Pay Day

2. All 50 U.S. states have their own equal pay legislation

Not quite. According to the National Council on State Legislatures (NCSL), 42 states had equal pay laws as of 2015. A handful of states have exemption for small businesses. Unfortunately, Alabama and Mississippi have zero equal pay legislation. For extra credit, take a look at the state-by-state analysis of the wage gap. You will find that compared to white men of non-Hispanic origin, the largest pay gap for Latina and African-American women is in Washington, D.C. The figures are based on the cost of today’s wage gap over a 40-year career amounting to about $2 million.

Read more: 10 Ways to Spend the Money You’re Not Making

3. Women could earn more money if they had more education

Do not fall for this one. For decades now, more women have been going to college than men, and as for education beyond undergrad, just look at the number of women earning doctoral degrees. Based on research from the Council of Graduate Schools, 2017 marked the ninth consecutive year in which women earned more doctoral degrees than men. That year, nearly 80,000 doctoral degrees were awarded and women earned about 42,000 of them (53 percent of the total) compared to 37,000 for men. Is there a doctor in the house? There most definitely is.

4. Women would make more if they chose high-paying careers

This farce is called occupational sorting, and it implies women simply don't want to become doctors and engineers. While it's true female-dominated fields pay less than ones dominated by men, the history behind occupational sorting is that of sexism, which you can read more about in our in-depth coverage of it. In brief: Women are often pushed into careers that aren't heavy hitters financially. (Read: You're not good at math, Becky. Try teaching instead.) For those women who do make it into medical and tech fields, they still make less than men, and they face discrimination while doing it. Conversely, when men enter female-dominated fields, the pay often rises.

5. Women cannot earn equal pay because of extended time away from the workforce

Both men and women take time away from the workforce and lose money because of it, but according to Still a Man's Labor Market: The Slowly Narrowing Gender Wage Gap, women suffer more than their male counterparts. The report, which was conducted by the Institute for Women’s Policy Research, also said that women who took one year off saw 39 percent decrease in their annual earnings versus women who worked consecutively between 2001 and 2015. For men, that percentage of loss is much lower.

Read more: How Ending the Motherhood Penalty Benefits All

The last piece of legislation dealing with gender discrimination as it pertains to compensation was in 1963. Although the Lilly Ledbetter Act, passed in 2009, helps to protect against pay discrimination, there is more work to be done. In January 2019, the Paycheck Fairness Act was reintroduced and passed the House. The proposed law requires employers to report information such as job salaries, promotions, and dismissals to the federal government, broken down by gender and race. It has yet to pass in the Senate.