It starts before you’re even hired, and it’s almost always uncomfortable 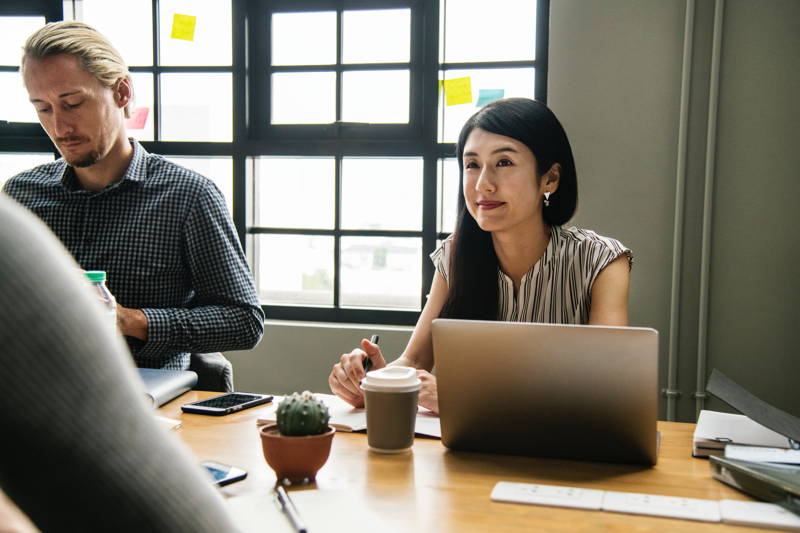 In the 21st century, it seems obvious that men and women should be paid equally, yet it’s still not the case. On our site and others, you’ve seen these stats before: On average, female workers earn 82 cents for every dollar a man makes, and at the end of the year, women will have made $10,000 less than men.

We talk about the issue a lot—which is great, because some people still aren’t aware or don’t believe the gap even exists. But what are we actually doing about it? This isn’t a problem that’ll fix itself. We all have to take action in order to close the gap. Here are a few small steps we can take:

1. Learn to negotiate your salary

Learn to negotiate your salary from the start. Women are statistically less likely to negotiate their salaries with prospective employers, which is very dangerous in the long run. Many times, women are afraid they’ll offend their superiors by asking for more money. Sometimes, women are even aware that they’re making less than their male colleagues but don’t know what to do about it. To solve this problem, we need to equip women with the negotiation skills necessary to start narrowing the gender pay gap.

2. Apply to more jobs, even if you think you’re underqualified

Men apply for jobs when they meet just 60 percent of the qualifications, whereas women apply only if they meet 100 percent of them. Women often suffer from imposter syndrome, a phenomenon where individuals doubt their accomplishments and harbor a severe fear of failure, which causes them to miss out on opportunities. A way to push past this mentality is by just going for it—apply to as many jobs as you can, even if you think you’re underqualified. You never know what someone else may see in your resume that you’re missing.

Read more: How One Woman and One Business Trip Helped Me Face Imposter Syndrome

Yeah, sure, this one may be a little uncomfortable, but it’s necessary if you want anything to change. It’s probably obvious that you don’t want to address the problem by blurting out in the office, “Hey guys, what’s everyone’s salary?” Pull aside a coworker you trust, and simply say you’re doing some research on what you’re worth and what your coworkers are making in comparison. If this still makes you nervous, you can always ask a female mentor. Chances are, she’s probably gone through the same thing.

4. Identify male allies in your office

Having at least one male ally at work can be incredibly helpful. This is someone who can acknowledge that there’s a problem, advocate for equal pay, and speak up on your behalf. Male allies should publicly give you credit when you have a great idea and actively promote women into leadership positions.

Read more: How Many Male Allies Do You Have at Work?

Self-promotion is extremely underrated. Have you successfully tackled an enormous project by yourself? Have you fulfilled a company goal? Have you increased company sales by 10 percent? Awesome, share your success with your coworkers and on LinkedIn so your superiors will see you killin’ the game. If you keep up with this game, push for a promotion or a raise.

Read more: How to Make the Business Case for the Work You Do

Whether it’s on a local, state, or federal level, women should contact congressional reps to voice their opinions and support bills aiming the close the gender pay gap. Pay gap legislation often takes a back seat to issues deemed more important, and it’s our duty to urge our legislators to pass new laws to help close the gap.

7. Talk about the issue more

This is an easy one. The key to closing the pay gap is to make the issue visible. Talk about how much money you make. The pay gap is often viewed as a women’s issue, but it should be an issue for everyone. Make it your prerogative to educate as many people as possible, and encourage them to join the conversation about how to close the gap. The more people who are educated on the topic, the faster you can start brainstorming solutions.

Read more: Top 20 Companies Where Women Are Most Satisfied with Their Pay