How to Ask Someone How Much Money They Make

Nope, it's not TMI 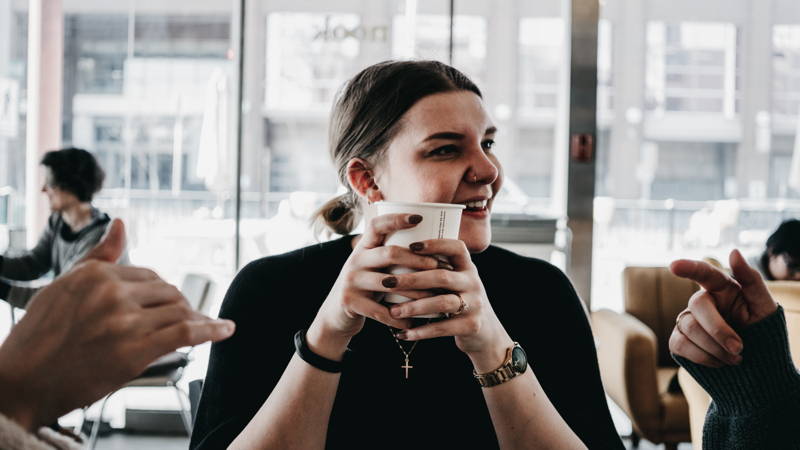 Nope. Come back. You can do this.

There are a lot of reasons for the gender pay gap; one of them is the fact that we don’t talk about money. We know that women are chronically paid less than men, but many of us don’t know individually if we’re underpaid, and if we are, by how much. When we don’t know the size of our deficit, we don’t know how much to demand. And unless we start talking about how much we make, we’ll never know.

It’s taboo to talk about money, I know, and women especially are discouraged from talking about it because of their gender. But it’s social mores, not the law, that keeps people from talking about money. (Okay, and a little bit of fear too.) If you work in the private sector, your employer can’t prohibit you from discussing your salary, and if you work in the public sector, your pay grade is likely publicly discoverable.

I talked to Cynthia Pong, a former attorney who now works as a career coach for women of color, about how to talk about pay. A large obstacle for her clients, Pong says, is the gender pay gap, which disproportionately affects women of color. One way to fight it: transparency.

There is a wrong way to talk about pay

Can you just ask someone how much money they make? Yes, though you shouldn’t necessarily jump in that quickly.

Before you ask someone how much they make, build rapport. If you go in cold, quizzing someone about their compensation, it’s going to feel invasive. Start with a friend, close colleague, or mentor.

And if you’re going to ask someone to tell you how much money you make, be prepared to share yours first.

You may have to make time to talk about money

Because it’s taboo to talk about money, the opportunity to ask someone how much they make won’t necessarily come about naturally. You may have to make time.

Take your friend to lunch or coffee. Getting out of the office makes everyone more comfortable.

Read more: 49% of Women Say the Gender Pay Gap Is a Dealbreaker

How to have the conversation

I wanted to ask you about something that’s been worrying me for a while. I suspect that I’m being paid less than other people in our position, and I wanted to run it by you and ask your advice. They’re paying me X. Is that what they’re paying you too?

Is that less than what they’re paying you?

Is that what you’re being paid?

Is that what you make?

Don’t blame the person for making more or less. “The emphasis is on what the organization is doing, which removes any blame from the person you’re talking to and serves to align you with [them],” she says.

If they don’t want to talk, that’s okay. You might just say:

That’s okay. Not everyone likes to talk about money. I just want to make sure I’m not being taken advantage of. What will you be having for lunch? Any weekend plans?

Don’t just look at the number. Salary can be influenced by experience, performance, certifications, training, and education. Just because someone makes more, or less, than you do, doesn’t necessarily mean it’s not warranted.

However, if the same company affords training and promotion opportunities to one employee in a role and not another, then you may have a problem on your hands.

Do some research before the conversation to understand how level the playing field might be. Check their LinkedIn profile to get a sense of their education and experience; take note the next time KPIs are shared—their performance may be soaring or lagging.

Read more: How to Ask for a Raise

What to do with the information

Gather more data. If your peer is comfortable talking about pay, ask her to initiate similar conversations as you continue to do the same. Ask your male colleagues how much they make. There is power in numbers, so if you and your colleagues discover a problem in pay practices, take it to HR.

They might tell you they don’t have a gender pay gap problem. Remind them that’s an incredible achievement and ask: Would you be willing to share those numbers and your strategies publicly?

Read more: What Is a Good Salary for My Job?