What to Do When Your Boss Throws You Under the Bus

Standing up for yourself when you’re not in the wrong 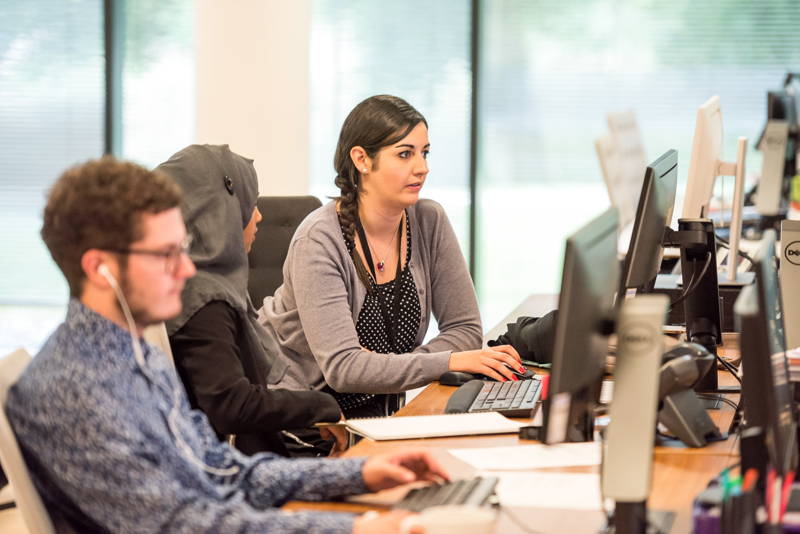 What it means to be thrown under the bus

When someone is thrown under the bus it means they are blamed, or called out publicly, for a mistake or problem to deflect blame from someone else, often the accuser.

In some cases, you might not be at all responsible for the problem.

For example: Your boss tells her supervisor the client report was late because you didn’t prioritize the work, when in reality, the report sat on her desk an extra day waiting to be finalized.

In some cases, you might be solely blamed for something that was the responsibility of your team as a whole.

For example: Your boss tells the VP that the error on the report was your fault alone, even though she and the director both approved the report and were also capable of spotting the mistake.

If your manager throws you under the bus, it could be an isolated, one-time event, even an honest mistake. Or this kind of workplace bullying may repeat itself and hurt your reputation or put your job in jeopardy.

How to respond when your boss throws you under the bus

Don’t let your emotions get the best of you as you. Take a moment to breathe and make sense of what has occurred before you march into your boss’ office fuming.

Collect emails, notes from meetings, and paperwork related to the project or work in question. Write down what was said and when, plus who was in the room. This will help to create a timeline of what happened, which can help prevent a “he said, she said” situation if you decide to bring the issue to human resources or a higher-up.

Keeping a record of times your boss throws you under the bus can also help to establish a pattern of toxic behavior if this is the case.

Read More: 5 Subtle Signs Your Boss Is a Control Freak (& How to Deal)

Defend yourself on the spot

If you witness your boss throwing you under the bus, you could decide to speak up immediately. Consider that it might be an honest mistake on the part of your manager.

For example: Your boss announces the project is late because the data you provided in the spreadsheet is not up to date. You can calmly respond:

I distributed a new version yesterday via email. If you’d like me to resend, I can do that.

Address the matter privately with your boss

When the issue is more sensitive and complicated, or this isn’t the first time your boss has thrown you under the bus, consider scheduling a time to speak in private.

Simply present the facts (this is where your notes come in handy) and explain that you don’t believe you deserve to take the fall. Don’t come out swinging, but rather explain the situation from your perspective. Try starting the conversation by saying something like:

I don’t believe my work was accurately characterized during our last team check-in.

If your boss called you out in front of other coworkers, gently explain:

I would prefer to discuss any issues with my work or performance privately.

Address the matter privately with your coworker

Sometimes, being thrown under the bus means you’re blamed for something that was the responsibility of one of your coworkers. If this is the case, and your coworker doesn’t speak up, you could address the matter with them.

For example: You work in a restaurant and your boss says in a team meeting that you didn’t roll silverware the night before. But you know that silver wasn’t your side-work, it was Ryan’s. But in the meeting, Ryan doesn’t speak up.

If you don’t feel comfortable calling out the error in front of the group, you might pull Ryan aside and say:

Hey, Kirk said I didn’t finish my side-work last night because I didn’t roll silver, but I checked the schedule, and that was your side-work. Would you please mention this to him?

Enlist the help of HR or others in power

If confronting the situation doesn’t appear to have an effect or the problem starts to spiral out of control and the blame you’re being given threatens your job security, it may be time to turn to upper management, maybe your boss’ supervisor, or the HR department.

Arrive prepared for your meeting with all your supporting information and evidence. Maintain your cool, and explain you believe you have been wrongly blamed for errors or problems on several occasions. Then, walk them through a couple examples.

I believe Anne has misrepresented my work on multiple occasions, and I fear that it will affect my quarterly review and may put my job in jeopardy. I’ve talked to her about this on several occasions, but the problem persists.

For example, I was blamed for the client report being late, though my work was completed on time. The report as a whole was due on the 10th, and my portion was completed on the 8th, as you can see from the timestamp on this email. Anne approved my work later that day. In this email to you on the 15th, she says that my work was late when it was not.

The month before, she indicated in a staff meeting that we lost X client because I over-promised results. I do not believe this to be the case. I had only one interaction with the account manager, in which we discussed project management.

Doing good work means a lot to me, as does this job, and I want to make sure that the work I do is not mischaracterized.

If the problem persists, you may want to consider looking for a new job. This might feel like a daunting task, but staying in a toxic work environment can be detrimental to your mental and even physical health.

If you need help finding a workplace with respectful, professional coworkers, and/or one that has effective channels for reporting issues and concerns, InHerSight can help.

What if my company doesn’t have HR?

If you work at a smaller organization that does not have HR support or one that lacks a clear-cut hierarchy, you may not have access to HR or a supervisor above your own boss.

However, you may have access to another manager or employee who could provide support. If this person works alongside your boss, they may be able to advocate for you or provide guidance on how you can approach the situation. Speak to them in private, and ask for confidentiality.

I’m hoping you could give me some advice about a problem I’ve been having, and I’d like to keep our conversation confidential.

Kirk’s been throwing me under the bus in front of the team, and I’m not sure what to do about it. Last week, he said that I left my section a mess when he cut me early, but I didn’t. I heard later that he reopened it so Lisa could use my tables when we got a late-night rush. The yesterday, he said I didn’t finish my side-work before opening, but when I came in he told me not to bother with it since we had a 12-top coming in at open and he wanted me to take it.

What would you do?

When this option is also a no-go, turn to an outside source. Reach out to a career coach or mentor who can provide expert support. You could even tap the InHerSight Community, and put your question to thousands of working women who can offer their insight.

Read More: How to Survive a Boss You Hate

Retention Bonuses: To Stay or Not to Stay?
3 Soul-Searching Career Questions to Ask on Your Quest
How Managers Can Deal with Grief in the Workplace (with Examples)
More articles ›