Rate Now
Best Companies for Women
All Companies
Jobs
Community
Blog
Research
For Employers
Join InHerSight's growing community of professional women and get matched to great jobs and more!
Sign Up
Already have an account? Log in
Blog › Female-Friendly Companies

7 Companies Committed to Having Women at the Top

Here's a list of companies that get high scores for female representation in management from the women working directly at the companies. 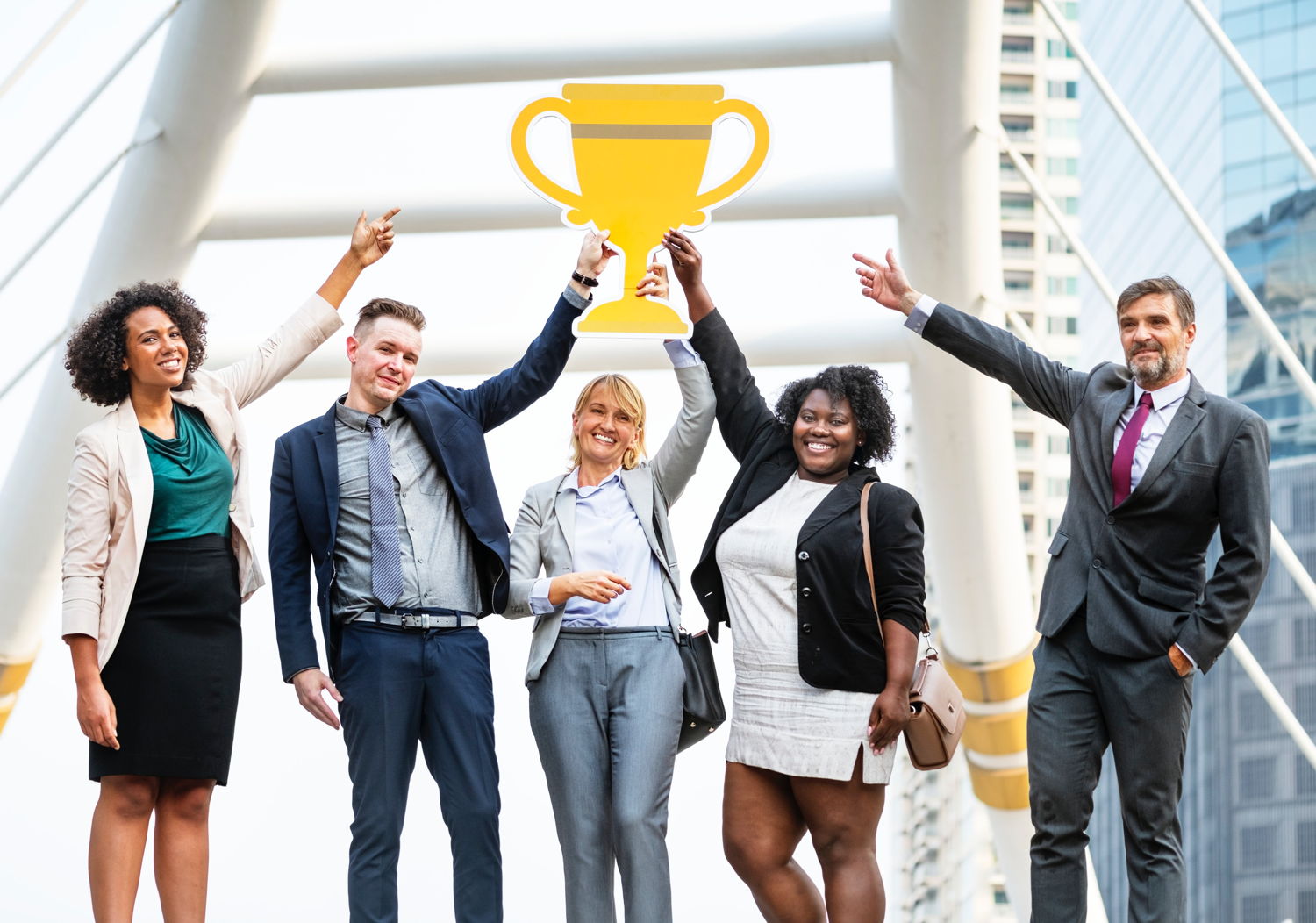 That said, there are companies working to shift the status quo when it comes to female inclusiveness on executive teams.

Here are seven companies from InHerSight ’s database with at least 14 ratings and 4.0 or higher for female representation.

This NYC-headquartered tech company houses about 200 employees. Of those, about 30 percent of the most senior-level positions are held by women. This includes jobs in the realms of marketing, design, customer success, talent acquisition, demand generation, legal and some SDR team positions.

Earlier this year, InHerSight did a company spotlight on GreenHouse Software and talked to Content Marketing Manager Melissa Suzuno about its culture and opportunities for female employees. One takeaway from the Q&A is that the company makes sure its hiring and promotion of employees is fair.

For example, it discourages the wage gap between men and women by disallowing salary negotiations. Instead, the company uses market data to lead with strong and fair offerings to its employees.

Greenhouse also has a generous parental leave and perks program , which is based on extensive research about ways to meet the needs of employees, as well as the company itself.

InHerSight reviewers give the company a 4.4/5.0 in the “Female Representation in Top Leadership” category.

“Amazing place to work—especially early in my professional career,” one reviewer expresses. “There are so many strong female leaders for me to engage with and learn from, with plenty of opportunities to do so.”

Nearly half of the total 500 employees at this online events planning company are women. Eventbrite made it to Fortune ’s annual “100 Best Workplaces for Women” list last year, boasting that approximately 40 percent of management and executive positions are held by women .

This year, it’s one of 50 companies on Glassdoor ’s list of the 50 “Best Small and Medium Companies to Work For.”

According to Eventbrite’s website , these accolades are the works of Co-Founder and CEO Julia Hartz, who in the past has appeared on Fortune ’s “40 Under 40” business leaders (2015) and “Most Powerful Women Entrepreneurs” (2013) lists.

The company gets a 4.9/5.0 star rating in InHerSight’s “Female Representation in Top Leadership” category.

One reviewer says the company’s dedication to equality is seen in other levels as well: “Having worked at a number of tech companies in the Bay Area, Eventbrite is the first that has a 50/50 gender split. Women are well represented throughout the company at every leadership level … Our Co-Founder and CEO is female and has always put emphasis on mentorship and highlighting the female leaders we have at Eventbrite.”

This company advocates and encourages the success of women across all career levels, especially with its programs like the Women’s Leadership Initiative.

Those programs are led by awesome women in top management like Beth McCombs, Catherine Owen, and Colleen Flesher. The trio won awards at this year’s MAKERS@ program for their accomplishments in advocating for the professional advancement of fellow women workers.

In InHerSight’s “Female Representation in Top Leadership” category, reviewers give the company 4.0/5.0 stars.

This financial services company takes female representation to a whole new level. It offers employees company culture programs like The Women’s Leadership Group , which gives women at Fidelity opportunities to thrive in the domains of networking, leadership and volunteering through forums, mentoring and onboarding, events and community outreach.

The leadership at Fidelity is committed to providing confidence-enriching opportunities for women who want to reach financial goals long-term. There’s even an article in Fortune written by female executives at Fidelity discussing the reasons why today’s women still don’t manage their own money and why it’s important to restore their confidence so that they can.

The article’s co-author, President of Personal Investing Kathleen Murphy, has spoke at events—like those held by the Financial Women’s Association —to address the issue.

Fidelity Investments has earned a 4.3/5.0 star rating on InHerSight, in the “Female Representation in Top Leadership” category.

This education management organization is responsible for supporting and developing thousands of teachers and alumni throughout the U.S. And behind the scenes of it all is a sizable number of women employees making it all happen.

A post on NYCAN ’s blog, entitled Teach For America & Badass Women , notes a pattern of female inclusiveness over the organization’s rich history. Over 50 percent of senior leaders at Teach for America are women and, in some key moments in the organization’s existence, its leadership team has been more than three-quarters female.

InHerSight reviewers give the company a 4.1/5.0 for the “Female Representation in Top Leadership” category.

“Teach for America greatly supports all of their employees regardless of gender; something that I have found extremely unique in comparison with other companies I have worked for,” one reviewer writes.

Here’s a child care and family solutions company that has spent years racking up accolades for empowering women workers. Bright Horizons ranked fifth on The Globe Magazine and The Commonwealth Institute’s list of the 2015 top 100 women-led businesses in Massachusetts , it’s featured in Bentley University’s Companies Where Women Thrive series and, most recently, it made it to Great Place to Work ’s 2016 list of the best workplaces for women .

According to Bentley University , women comprise of nearly 70 percent of upper management and 56 percent of executives on the company’s team. Also, 95 percent of more than 20,000 Bright Horizons employees worldwide are women.

Helen Zarba, Bright Horizons’ VP of organizational development and learning services, tells Bentley that the company offers courses from its own Bright Horizons University to support employees. The 24/7 on and offline education platform has a collection of courses specifically focused in women’s leadership training, focused specifically on effective communication and negotiation strategies.

Adding to that, Bright Horizons encourages female employees to attend the annual Massachusetts Conference for Women in Boston and covers the cost of tickets for the event every year.

In InHerSight’s “Female Representation in Top Leadership” category, the company gets a 4.3/5.0 star rating from reviewers.

This results-driven radio campaign platform boasts that it has the largest reach of any radio representation company in America. According to its website , Katz Radio Group represents “every major radio group with more than 4,000 radio stations and thousands of digital platforms.”

But its industry success isn’t the only selling point for potential employees. The company is responsible for having some of the most influential women in radio work at its offices—three of which made it to a Radio Ink compilation of the 100 most powerful examples of female leaders dominating the industry.

Katz’s EVP of Media Strategy Mary Beth Garber has held a spot on the list for the past 15 years and sits on the executive board of global support initiative Mentoring and Influencing Women in Radio and on the advisory board for the Alliance for Women in Media’s Southern California Affiliate .

Noteworthy female leaders like Garber are perhaps what drove InHerSight reviewers to give the company a 4.4/5.0 in the “Female Representation in Top Leadership” category. One anonymous rater states, “I believe the company has certainly been ahead of the times as far as women in the workplace and especially in management/leadership roles.”

Do you work for a company that has an equal representation of genders in top management positions? Share your experience with us by rating your company on InHerSight !

Shannon Cuthrell is a contributing writer for InHerSight, whose mission is to improve the workplace for women by measuring it. She is a student journalist, published poet and lifelong writer, on track to dive into her career as a reporter after graduating Appalachian State University in December 2016. For more on women in the workplace follow InHerSight on Twitter or Facebook .

Equal Opportunities
Rate a company you've worked for
Share what it's like at your employer. It's anonymous and takes 3 minutes!
Rate now

Insight & Commentary
Dear Employers: I Won’t Act Like a Man
Companies need to value and reward how women lead and contribute
Read more ›
Insight & Commentary
37 Quotes from Badass Women to Remind You How Awesome Women Are
Sometimes we forget how great we are, and a reminder from an amazing woman is just what we need
Read more ›
Working Women
Meet the Woman Who Makes Sure Employers Behave
We met up with EEOC Commissioner Charlotte Burrows and here's what we learned
Read more ›
Artist: Anna Grimal
Enjoy Free Access to All Our Great Articles
Create a free account to get unlimited access to our articles and to join millions of women growing with the InHerSight community.
Looks like you already have an account! Click here to login ›
Invalid email. Please try again!
Sign up with social media or...
Already have an account?
Log in ›
By signing up, you agree to InHerSight's Terms and Privacy Policy.