Being all dressed up (or not, in many cases) with nowhere to go is the worst! Luckily, Pamela Newenham teamed up with two other women to make sure that doesn’t happen. When one of her co-founders couldn’t find friends to go dancing on a Friday night, she made a fake Tinder profile with an explanation: she was looking for friends. She got over 100 matches in just a few hours and realized that a service was needed to connect women looking for something to do.

According to Newenham, when GirlCrew is successful, “no woman will ever be stuck at home alone on a Friday night, if they want to go out.” She says women who have found “jobs through GirlCrew, found flatmates, received promotions, and made new friends.”

Newenham notes that it is especially popular among women who have just moved cities and don’t know many people in their new home. She told us the story of two women, Ellie and Ciana, who met through the app and became very close. “Before Ellie’s now fiancé popped the question, he called in Ciana to help select the ring and plan the marriage proposal. Ellie has since asked Ciana to be one of her bridesmaids.” 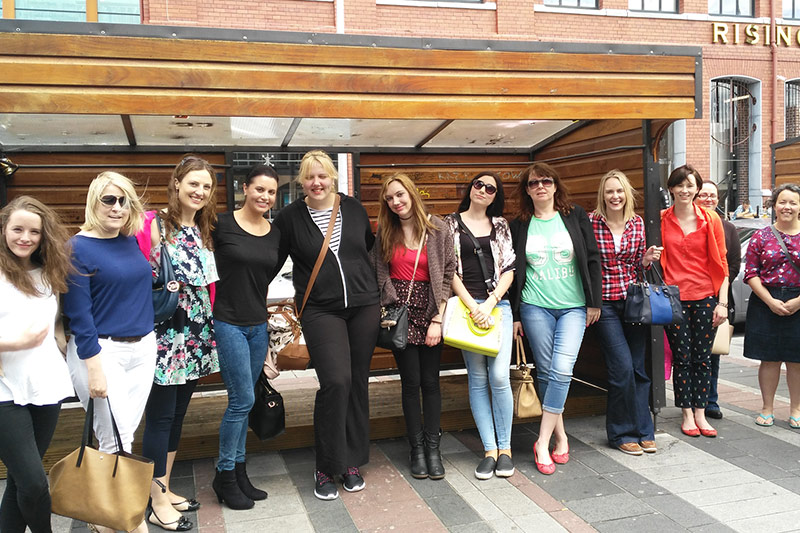 Female friendship and community is something special. The GirlCrew app is based on that concept, and so is the business. Newenham says, “our entire business is built on community. GirlCrew is about doing things as a group rather than individually. The same goes at our company HQ. We love working as a team, and believe more gets done when we all help each other.”

GirlCrew recently launched its app, which you can download here. Currently, the locations they are most active in are outside of the US, but they’re expanding rapidly and they have interest groups for women based anywhere. On Thursday August 17, they are opening a pop-up shop in Dublin, Ireland to mark the official launch of their app. They believe real friendship happens in person, and as such, they will have a temporary physical space for people to meet and chat over food and drinks.

We’re excited about the possibility to meet the amazing women near us. Are you?

Share this article
Editors' Picks
Looking for a Job in Logistics? Try Working with Nicki Minaj and Chris Rock for a Living
13 Female Singers You Need to Add to Your Next Playlist
34 Quotes from Women Writers Who Speak the Truth
More articles ›