Looking for a Job in Logistics? Try Working with Nicki Minaj and Chris Rock for a Living

Tina Farris is a career force to be reckoned with 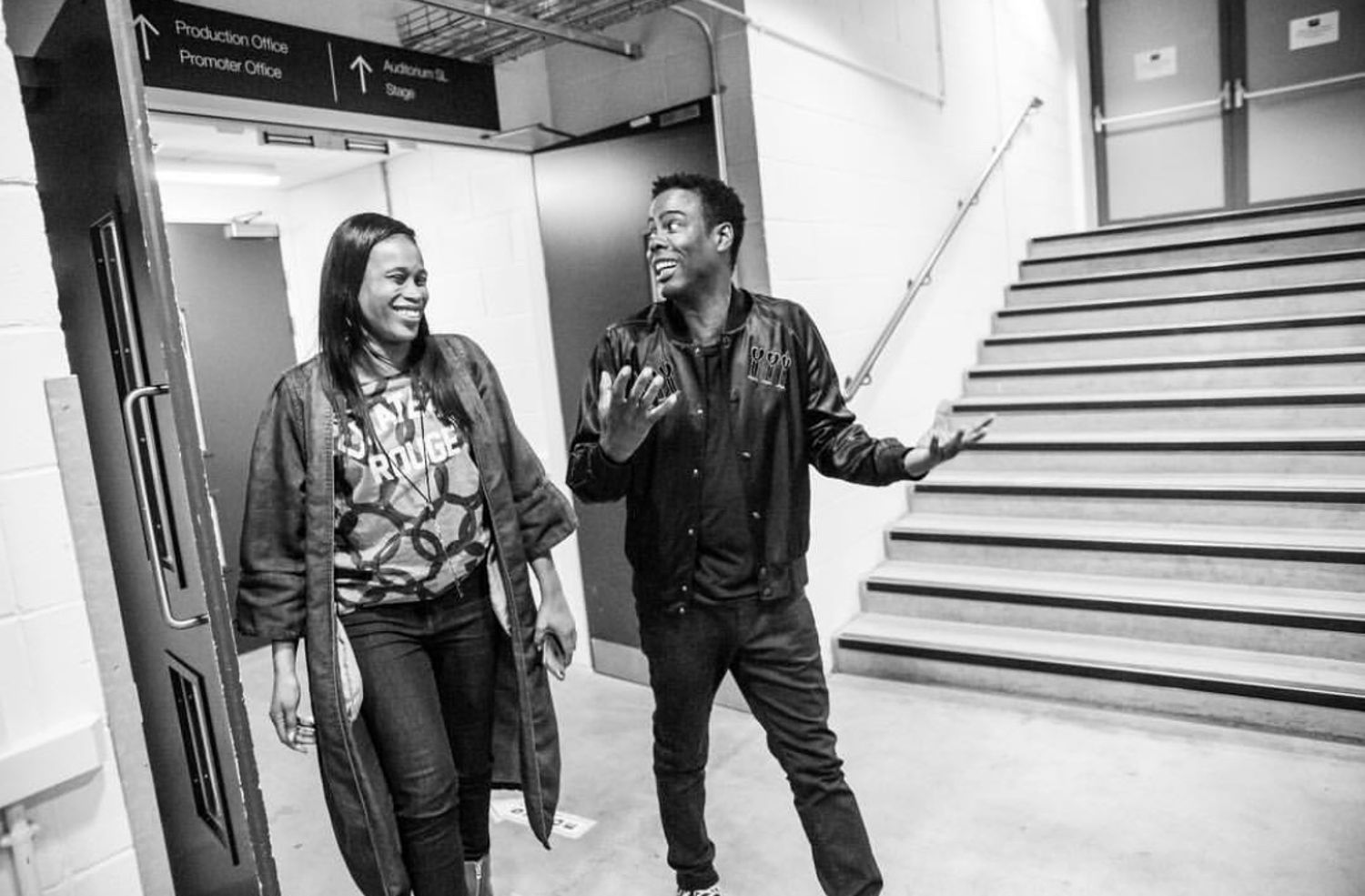 Over the past two decades, tour manager Tina Farris has amassed a monumental client list: Chris Rock, Lil Wayne, Queen Latifah, Nicki Minaj, Macy Gray, The Black Eyed Peas, Solange, D’Angelo, Ella Mai, and Dave Chappelle to name a few. She even managed the highest grossing tour in the history of hip-hop, Lil Wayne’s America’s Most Wanted Tour.  It’s easy to see why Farris was named as one of Pollstar’s Top Tour Managers of 2019.

The granddaughter of R&B producer Harvey Fuqua, Farris, a bass player herself, grew up around Motown artists. In 1999, she was teaching French at a Compton, California, high school when she was invited to tour with the group The Roots. Her career has only grown from there.

Essentially the Olivia Pope of the music circuit, Farris, now of Tina Farris Tours, is a fixer. She reels in artists and helps to design and execute shows, while keeping everything on schedule and budget. Hers is a male-dominated industry, but she’s clearly thrived. This is what it’s like for Farris behind the scenes.

How did you decide you wanted to become a tour manager?

I didn't even know the job existed initially. I was a fan first. The Roots came to UCLA when I was a student, and I just started a friendship with them in the early ‘90s. Then in 1999, I was into my career as a teacher, but I was following them around on my breaks on a buddy pass [a standby plane ticket given to airline employees for friends and family] and eventually they just asked me to stay and hired me. Two things happened at Compton High that made me want to leave. I wanted to run for superintendent because the school district was so bad, and I was getting threats from teachers and parents because I was a radical young teacher. After one threat too many, I decided to go to take the job with The Roots and move to Philadelphia. I like telling people what to do so it fit well.

What does a tour manager’s job entail?

It's a logistical job. It's a production management job, and that requires getting people from here to there safely. I tell anybody coming in that your job is to get the check, and however you get that check is how you get it. I've worked a lot of hard times with The Roots as they were building their career. I've experienced not getting paid before, and that was one of the things I never wanted to do again. So I decided that I needed to make sure I do what is necessary to get the check. That includes waking up the artist on time, making sure transportation is good, and making sure you have everything you need even if it's a blue M&M to get onstage, [often, artists have requests in their tour contracts asking for specific items for the dressing room including snacks], so that I can get that check.

Read more: 13 Fun Jobs Someone Will Actually Pay You For

Being an African-American woman, are there challenges that you face in the industry because it is a male-dominated field?

Now that I’m older, my challenge is to manage my reaction. I've flipped tables, I've cursed people out, and even talked about somebody's mama. But ultimately, none of it matters because I'm trying to get the check. So I manage my reaction because working in corporate isn't any different. You still have men who are men who don't see you as anything. I have to step back and wonder if I’m taking it personally because I am a black woman or is it because this guy is a d**k? Sometimes it’s not any of those things, it’s just how the person is, and they don’t realize they are being that way. Another thing that I have to deal with is mansplaining, or people thinking that I'm a dancer. I like to have production managers who are men because I need somebody [who have to deal with mansplaining]. I don’t have time to teach you a lesson because I’m trying to get the check.

What qualities do you look for when you put your staff together?

People who like to solve problems and love music. It would be helpful to have a psychology course because we're managing people in various situations, and it's always helpful to see how systems work. I use my child family management therapist background to determine who isn’t going to work, and sometimes it’s me that isn’t going to work in the situation. I look for people who know what they are getting into. They have to know you don’t get to go home, you don't have holidays off, and you don't get your birthday off. People have to want to travel for a living. Knowing logistics is also very helpful because you can't do this without thinking on your toes or without having any capacity for time management. For example, last month I was in Venice, Italy, with Solange, and it was so exciting because you had to use boats to get everywhere. So to me that’s still exciting because it was very ambitious, and we pulled it off.

Is there a difference in how men versus women artists treat you?

Not at all. It’s really based on the artist's personality type. Some artists will take what I say better because I am a woman, and they won't listen to men. Some women would rather have a man moving with them through the world, and not a woman. So, as a team builder, I match up things based on people's personalities.

What advice would you give to women interested in becoming tour managers?

I always tell people to go work at a local venue and be a runner [also known as a production assistant who is responsible for administrative tasks, transportation, and catering services], for the day. Just get in there and work your way up. It has to be what you love is when you get into it because it does take up your whole life.

Shameika Rhymes is a Charlotte, North Carolina–based freelance writer who loves writing about culture, lifestyle, entertainment, and feminism. Her bylines include InHerSight, ET Online, Style BluePrint, Charlotte magazine, USA Today magazines, Shondaland, and Parade magazine. She also hosts an entertainment show Check the Rhymes TV on YouTube. She holds a bachelor's degree in mass communications from East Tennessee State University and a master's in sports commerce from the University of Memphis.

Why You Should Play Hooky (& 14 Things to Do with Your Time)
How to Become More Self-Aware
Retention Bonuses: To Stay or Not to Stay?
More articles ›