Just Fired: Is It Wrongful Termination?

And what to do if it is 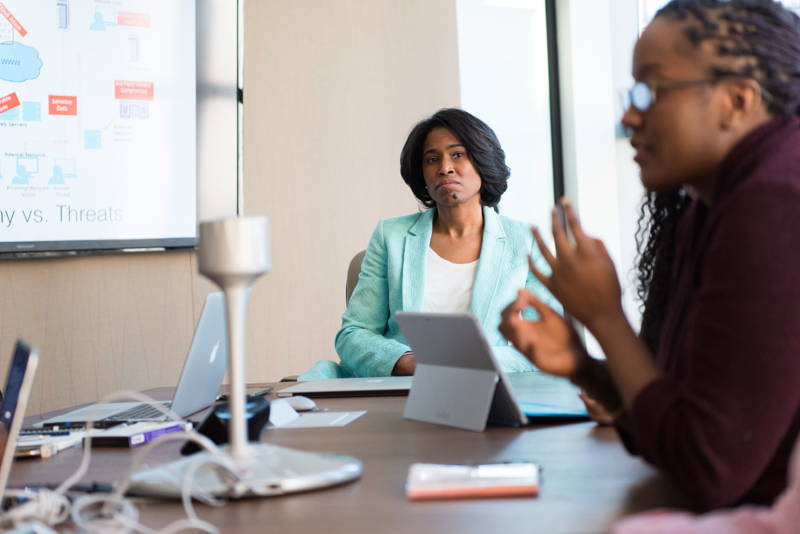 If you’ve just been fired from your job for no apparent reason and want to file a wrongful termination lawsuit, you may be disappointed. Almost all employees in the U.S. are “at-will,” which means you actually can be fired for any reason (or none at all), except for reasons deemed unlawful or in violation of your employment contract or the terms of corporate policy.

Unfortunately, most people think they have more rights than they actually do, employment lawyer Ann-Marie Ahern tells us.

At least half of people who’ve been fired believe they’ve been treated unfairly—and while this may well be true, there is no legal basis upon which they can take action. She’s found that employees at every level, from maintenance staff to CEOs, are equally misinformed as to their rights. Of 100 potential clients who call for help, Ahern has to turn away 95 because their termination is not illegal.

Read more: How to Know If What You’re Seeing Is Workplace Retaliation—And What to Do About It

The reason most of us are so woefully ignorant of the reality, she explains, is that we’ve grown up believing that if we work hard and follow the rules, we will have employment. Unfortunately the doctrine of at-will employment makes this simply not the case.

But still, wrongful termination does happen.

Being fired for discriminatory reasons, such as gender, race, religion, disability, or age, is against the law. Similarly, an employer who fires someone in retaliation for reporting discriminatory or other illegal practices may be sued for wrongful termination. The scenario is not uncommon; in fact, in 2019, the EEOC received 72,675 charges of workplace discrimination. Retaliation is at the top with charges regarding disability, race, and sex following in second place.

Read more: Know Your Rights: The Ins and Outs of the Pregnancy Discrimination Act

You may have been wrongfully terminated if you were fired for a reason other than those set out in your employment contract. Your employer must abide by the termination provisions in that contract, whether it’s a written or verbal contract. You can be fired legally with an employment contract in existence, but it would have to be for just cause; and the same protection holds for workers with union jobs.

In a nutshell, the presumption in most states across the nation is that, unless there is an employment agreement, employees are at-will, Ahern explains. And an at-will employee can be terminated for any reason at all, as long as it’s not discriminatory or retaliatory.

What do I do if I think I’ve been wrongfully terminated?

First of all, don’t wait until you’ve been fired to take action.

Ahern advises employees to take first steps well before the actual termination: As soon as you start to feel that your job may be at risk, call a lawyer. You’ll need to immediately gain insights, make internal complaints, and get as much documentation including emails and texts as possible to prove any illegal conduct by the employer. That written proof also includes performance evaluations and accolades, she adds.

Once you’re fired, you’ll be locked out of the office, without access to records or company-issued computers and phones.

Read more: Laid Off, Fired, or Terminated? What to Say When They Ask

If you think you were terminated for a discriminatory reason, lawyer Sara Kane tells us that you should state that to your employer, whether that’s by email to HR or management or during your exit interview.

Kane also recommends seeking the advice of counsel sooner rather than later. This approach will let you understand what, if any, rights you have with respect to your termination. Also, there are statutes of limitation in place regarding the time in which you have to bring a claim: You do not want to risk losing your opportunity to take action on a valid complaint.

Read more: Relatable Feelings After You’ve Been Laid Off (& How to Overcome Them)

What you shouldn’t do

Don’t publicly criticize your employer at this time, but don’t go easy on them either. Either approach can be used against you if you do sue for wrongful termination.

Kane’s advice here is to be strategic about what you say and to whom. Even downplaying the issues can backfire. "As counsel, it is an uphill battle to overcome positive statements made by employees about the company on their way out the door."

That might be the employee crying on Facebook about their sudden termination, saying things like, "I've always loved working here,” “It's been a great place to work,” and “There's such a wonderful company culture.” Or it could be an employee who writes a note to their boss or HR saying how much they loved working with them, or saying everything was fine during their exit interview.

Read more: 9 Steps to Getting a Job Fast & Making Money While You Look

When you can’t sue for wrongful termination

If you can’t make a case for wrongful termination, ask your lawyer if filing an emotional distress lawsuit against your employer is possible in your state.

The attorneys at Barkan Meizlish in Ohio say you can do so there “if you have proof that some action by the company’s managers triggered serious shame, fear, embarrassment, depression, or post-traumatic stress.” They admit, though, that the barriers to success are high. You’d have to present evidence that your employer acted with intent, the action was extreme, and it was directly responsible for your severe emotional distress.

Read more: The 3-Step Formula to Answer: Why Are You Looking for a New Job?

Stephanie Olsen is a freelance writer and copy editor. She writes about everything from women’s issues in the workplace and Ethiopian coffee culture to facilities management and expatriate life. Laughs uproariously at her own jokes.