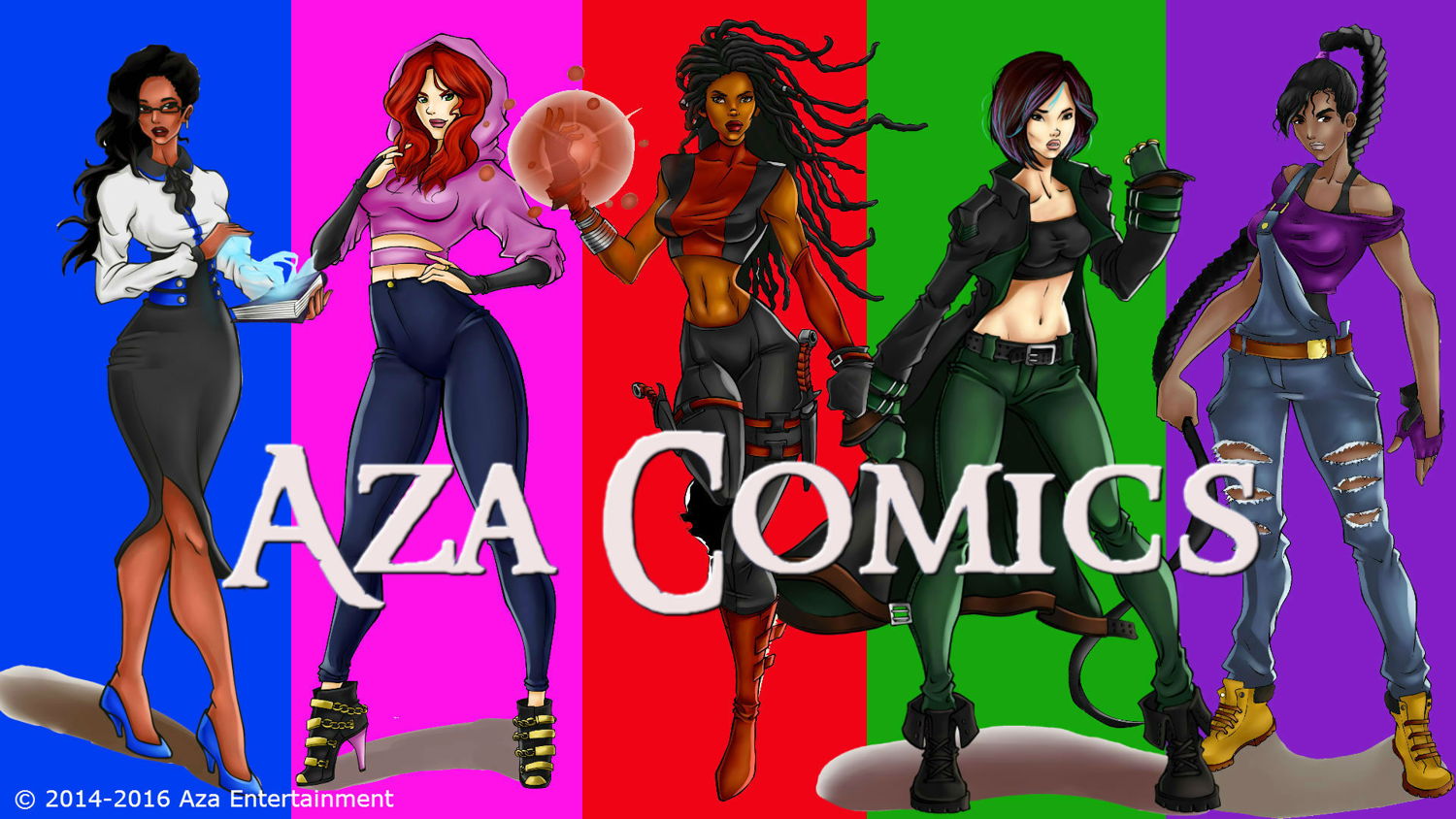 Who runs the world? Girls! At least according to Beyonce—and superheroines Kala, Adanna, and Queen Thema. They’re Aza Comics’ super-sheroes, and they advocate for women’s rights in the universe CEO Jazmin Truesdale created.

Truesdale noticed a lack of representation of women in the comic book universe in 2014, so she created a diverse women-only world with fierce superheroes inspired by real-life women.

But developing her own female-friendly fandom wasn’t all guts and glory. For Truesdale, it was a journey. She lost her job and had a hard time finding employment because she didn’t have the skills she needed. She started working for free at a marketing firm, investment firm, and a real estate office in order to gain more marketable skills. Truesdale decided then to rely on her love of comics and her business background to launch her own company.

Here, Truesdale shares what it was like to forge her own way in a male-dominated superhero universe and comic book industry.

Join Our Community
Like What You See?
InHerSight publishes new articles for and about working women every day. Join our online community (it's free!) to receive content like this straight to your inbox.
Create your InHerSight account now.

How did you figure out a female-centered superhero universe was needed?

With the female superheroes that were available, they were marketed toward men. I kept wondering about that, and so I went to women and asked why they weren’t reading comics and if they did read them, what they liked and didn’t like about it. I discovered that for a lot of them, it was the format of the comic books. They felt it was too simplistic and wanted more details in the stories. So Aza Comics is actually superhero novels where the action scenes are illustrated just like a comic with traditional prose. I tested it with women, and they loved it. I didn’t want to just be a company that just makes these books. I wanted to make it a full-fledged brand that is doing all of these things because women are so under marketed.

What do you think sets Aza Comics apart from the other comics, aside from the fact that a woman is the CEO and creator?

I wanted to make this an experience, and I write truth fiction. I talked to the actual communities that the characters represent to tell those stories.

Who inspired these characters?

Janet Jackson and Diana Ross are just a couple of inspirations because of the way they differentiate themselves from their contemporaries to establish their own style and be extremely successful in that, particularly as black women.

Have you faced any challenges as a woman working in a male dominated field?

I have had pushback, especially because a lot of the people that I’ve talked to have been men that are the gatekeepers to developing a partnership with this or that company. It’s like because it’s a guy, and even though my characters have commercial appeal that appeal to both men and women, they won’t agree to a partnership because they say the men are being neglected. But what’s interesting is that men were the first ones to catch on to Aza Comics, and they would share it with their girlfriends, wives, and daughters.

If your characters had to fight for something in the workplace, what two things would it be?

I would say the first thing would be opportunity. You can’t showcase your work unless you have the opportunity to develop those skill sets or the years of experience to explain why you deserve a raise. Kala (one of the Aza characters) is the type of person who would have a whole program geared toward getting somebody in and having her groomed for an opportunity. I would also say they would fight for respect within the culture. All five women are very protective of each other and other women. So, they would be the first in line for the fight to change the culture so that women are comfortable and respected where they are working.

What kind of superpower would you give InHerSight?

I would say the power of opportunity. A lot of times women don’t know things—they just sort of go into the workplace, just happy to have a job. They don’t know the ins and outs of negotiating or what you can do to get here or there, or even “This is who to talk to for this problem.” I see InHerSight as giving the opportunity for insight.

If you could give women in the workplace a superpower so they could be their best selves in their careers, what would it be?

Confidence. Our confidence is beat up on all the time. When you have it, everything falls into place. You aren’t afraid to go in there and ask for that raise or go for that job. I’ve learned that, oftentimes, it’s not talent that makes successful people, it’s being bold. Women won’t apply for a job because they don’t meet two of 10 requirements, but men will have the confidence if he only meets three of those requirements and still get the job because he gave himself the chance. Give yourself the opportunity, be willing to make mistakes, and learn from them, because all of that creates confidence.

Shameika Rhymes is a Charlotte, North Carolina–based freelance writer who loves writing about culture, lifestyle, entertainment, and feminism. Her bylines include InHerSight, ET Online, Style BluePrint, Charlotte magazine, USA Today magazines, Shondaland, and Parade magazine. She also hosts an entertainment show Check the Rhymes TV on YouTube. She holds a bachelor's degree in mass communications from East Tennessee State University and a master's in sports commerce from the University of Memphis.