What Working Women Should Know About Women’s Equality Day

Things aren't all bad, but they're also not not bad 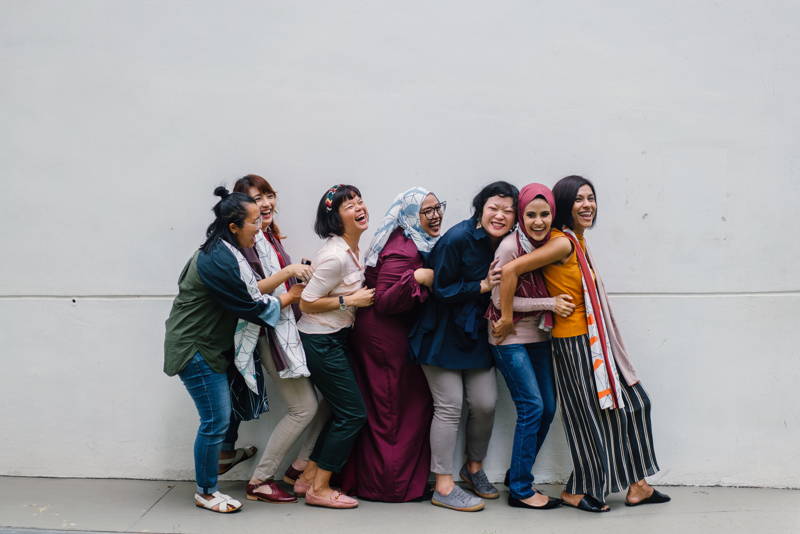 Not every day feels like Women’s Equality Day (i.e, when we think of the U.S. women’s soccer team or when we’re reminded that women are still earning less than men), but it’s still important to recognize the many achievements that have been made because of the tireless advocacy for women and their rightful place in the world and workforce.

Ninety-nine years ago, thanks to the suffragettes and the adoption of the Nineteenth Amendment, the women of this country were finally granted the right to vote. In 1913, long before the Women’s March in 2017, suffragists walked through D.C. to advocate for women’s rights—and spent another seven years fighting and protesting until the Constitution was amended.

Still, women couldn’t sit on a jury or apply for credit or hold certain jobs, which is why, 50 years later, on Aug. 26, 1970, the Women's Strike for Equality was held as both a celebration of the milestone and a reminder of how far women’s rights had yet to go.

We’re still observing that dichotomy today—even as the world seems to be embracing women more and more at every turn.

Even the number of women-owned businesses has more than doubled in the U.S. over the past 20 years, and as an account manager for a female-run agency and a member of a women’s networking group in Detroit, I can attest that women are filling leading roles, starting businesses, and fearlessly going after their dreams (and best of all, supporting each other along the way).

That all sounds great, doesn’t it? So what’s the problem? Why is the women’s movement still marking Women’s Equality Day as both celebratory and problematic?

Because despite exciting and impressive progress, inequalities continue to exist.

Join Our Community
Let's Keep Talking
The more women talk about their experiences in the office, the more awareness employers will have of what women need. Join our anonymous community to rate companies by how female-friendly they are and to talk to women just like you.
Click here to continue this conversation now.

Although more women are holding more top C-suite roles than ever before, they still only make up approximately 25 percent of the top C-suite positions, with only 6 percent being in the nation's highest-profile CEO roles.

In high-paying fields, women continue to be shut out. (Women usually hold 18 of the 25 lowest paying jobs in the United States.) Only 36.9 percent of financial analysts are women. Only 7.8 percent of aerospace engineering jobs are held by women. Less than 26 percent of computer and mathematical occupations are held by women, and the number is even lower for women in architecture and engineering, landing at about 17 percent.

Read more: What Recent Research on Sexism in the Economics Field Doesn’t Say

And though a large percentage of women of color are pursuing entrepreneurial paths, men are still getting more access to venture capital funding than women, especially women of color. In fact, only 4.4 percent of venture capital was given to women-founded companies in 2017 (the highest record since 2006…), which goes to show just how difficult it is for women to succeed.

Most women won’t be surprised to hear that women are also reportedly more stressed than men. Working women may be starting their own companies, taking on CEO roles, and running for president, but at home, they’re still doing more housework than men. That’s the truth of 67 percent of married, heterosexual couples with kids and dual incomes. Unpaid work and emotional labor continue to be heavy burdens women bear.

Amy Nelson, the founder of Riveter, a co-working space for women is a leader, but also a wife and mother of three. She wrote about her frustration with the “work-life balance” in an op-ed in Forbes, “Do you know how many people and how much technology it takes to replace one working mother? In my world, it takes four adults, a Roomba and infinite apps. My husband Carl is an executive with a large tech company but he somehow finds a way to be the default parent in times of illness or other daily disruption. Our teamwork in life and work is the only way any of this works for me.”

Not all of us have families, and not all of us with families have support systems. Combine that with the need for more support at work, more opportunities in our respective industries, and more legislative protection, and it’s easy to understand why there’s still a noticeable gap in the way men and women work—and succeed in this country.

So what can we do about it?

To honor the suffragettes who led the way, we can stand up for our goals and encourage future women to pursue their passions. We can provide honest, constructive feedback to our managers and employers about what we need to advance and succeed. We can negotiate for more pay, more flexibility, more opportunity, and continue to question the systems in place that have kept women from thriving.

How Long Will It Take to Get a Job? Here’s What the Data Says
19 Easy, Stand-Out Potluck Ideas for Work
How to Ask for a Job. Wait...Is That a Thing I Can Do?
More articles ›