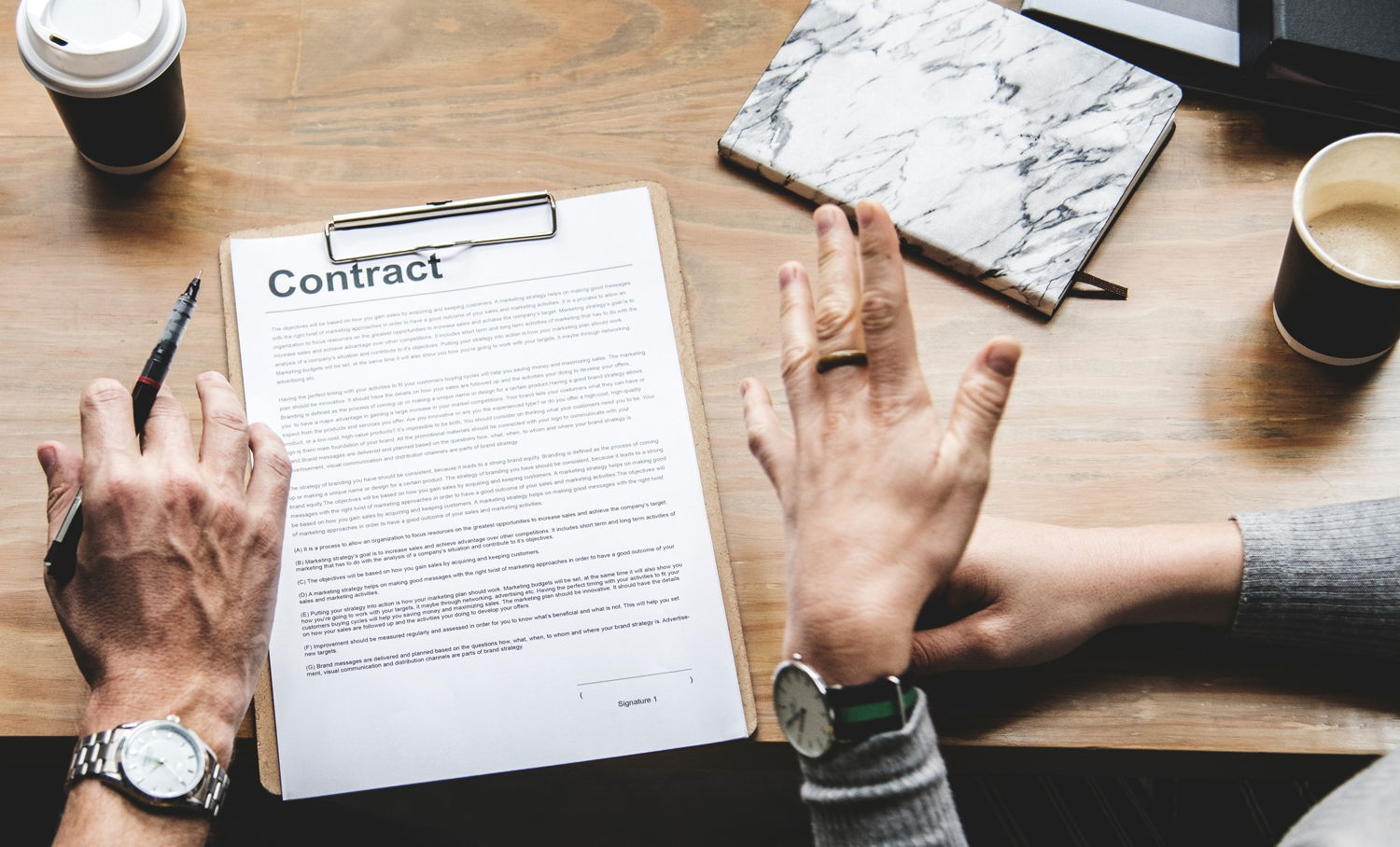 Here’s a scenario that’s becoming far more common among the American workforce: You’ve nailed the interview process, gotten that coveted offer call, and negotiated your salary and benefits. They send you an official offer, which comes with a stack of paperwork and employee handbook. You’re stoked, eager to sign and move onto your new gig. Everything looks good until you get to a section in the paperwork titled Non-compete.

These clauses are appearing more often than ever. It’s estimated that as much as 18 percent of American workers are under non-compete agreements, and as many as 37 percent of workers have signed a non-compete at some point in their careers.

What is a non-compete agreement?

A non-compete agreement is a covenant signed by an employee that, for a specific period of time, prevents that employee from leaving their current or future position to work for a competitor.

Why do non-compete agreements exist?

Non-compete agreements are a way for an employer to retain talent, protect confidential information and trade secrets, and prevent their intellectual property from ending up in the hands of a business competitor.

Unfortunately, they can also be a form of control and are often very harmful to employees, especially those who earn lower wages or work in sparse job markets.

Can my employer force me to sign a non-compete agreement?

No. You cannot be forced to sign a non-compete agreement, though some jobs may come only on the condition that one is signed. Non-competes are illegal or unenforceable in some states, like California and North Dakota.

Read more: How to Accept a Job Offer: When to Negotiate & What to Say

Yes, in most states non-compete agreements are legal and enforceable. (Here’s a list of legal limitations by state.) However, they have to be deemed reasonable in order to be enforced. For example, if the clause prohibits you from working for all competitors statewide for the next five years, then it won’t likely hold up in court.

However, you should never assume a non-compete won’t be enforced (or that your employer won’t at least try), no matter how outlandish the terms. When in doubt, contact a lawyer, negotiate the terms, or don’t sign the agreement.

What’s the problem with non-competes? What are my legal risks? What about my career?

Non-compete agreements can harm your ability to find work, advance your career, and earn more money.

You may leave a job because of workplace discrimination, sexual harassment, wage discrimination, a hostile work environment, or simply the need for more pay or the opportunity to advance in your career. If you’re subject to a non-compete agreement, your employer can trap you in a dangerous or unhealthy workplace, harming your earning potential and even health.

Even if you are fired or laid off and find work with a company proscribed in the clause, your former employer can take legal action against you.

Some employers put new hires in a precarious position—disclosing the need for a non-compete only after the employee has accepted an offer but not yet signed, though has turned down other offers or ended interview processes with other prospective employers.

You should understand that there is always risk involved in signing a non-compete agreement.

Of course. A non-compete agreement are seldom in the employee’s best interest. In many ways, it can feel like your future employer holds all the cards. But historically, when it comes to challenging non-compete agreements, courts often favor the employee. So don’t be afraid to push back a little bit, and negotiate for something more reasonable. You can also have a lawyer review the terms and make recommendations.

Let’s say you’re applying for a job at an advertising agency. Does the non-compete clause prevent you from working any marketing or advertising job for a year after the termination of your employment? Then it most likely won’t be considered reasonable in a court law. With that knowledge, you can bring new terms to the table, asking your future employer to limit that to only agencies that service a specific industry or industries.

The language you should never miss in a non-compete clause

Most non-competes will cover three basic stipulations: the location limit, the time limit, and what counts as competition.

The location will often depend on what sort of job you’re applying for. If you’re someone who operates only in a local market—say, a florist—then it’s reasonable to limit you to only a certain physical radius. If your job has you operating on a larger level, like a sales manager in a major industry, then the non-compete may extend to statewide boundaries in order to protect company secrets and contacts.

Typically, a reasonable amount of time for a non-compete is between 6 months and two years. But still, any amount of time over a month or two might prevent you from making the moves you’d like to make in your career.

If there are specific companies known as competitors to your employer, then they’ll likely be directly listed. But the agreement cannot be vague (both you and the employer should both be clear on what constitutes competition) and prohibit you from the entire field or force you to learn new skills in order to get another job.

Ask a Recruiter: How Do I Change Careers?
Why More Women Should Work Blue-Collar Jobs
Gender Pay Gap Statistics You Need to Know
More articles ›