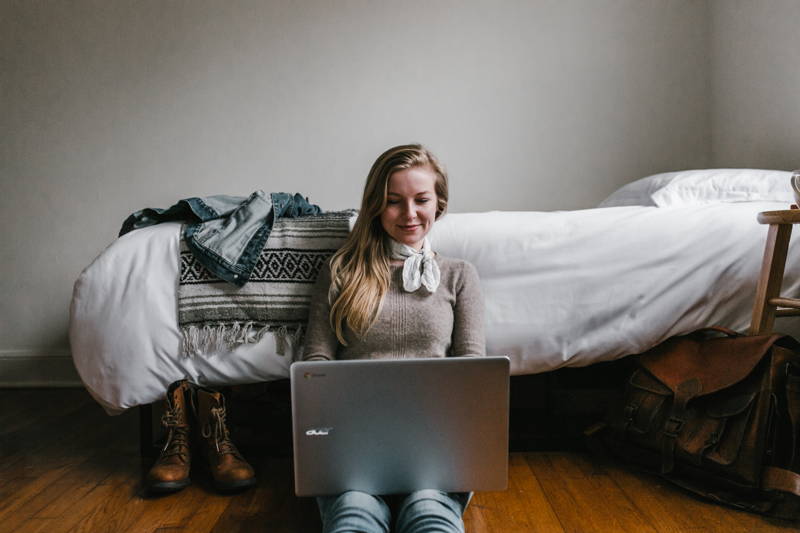 Contrary to popular belief, it’s not impossible to find a job in another state. I should know; I’ve done it twice. In my experience, the trick is to do what you’d do for a job you really want—use your network, write a thoughtful cover letter, and be flexible—but more about that later.

First things first: the biggest myth of job hunting in other states. You’ve likely thought of removing your location from your resume or using someone else’s address as your own. To be frank, lying about your background is never a good idea. Maybe, maybe, before the internet, it was easy to fudge your location, but a quick Google of your name, your previous employers, and any of your social media profiles will reveal the truth. And if you end up doing a background check, your hiring manager will be less than pleased to learn that, although you’ve never been arrested, you live in San Antonio, not San Diego.

What you should do is approach your out-of-state job hunt in a way that makes you seem as local and as accessible as possible to potential employers. Here’s how that pans out during the job search.

Read more: 11 Traveling Jobs & How to Get Them

You probably know where you want to go because you’re moving for a specific reason, but if you’re like I was, you might be more free-spirited and not have a clue. Start by researching cities to see, first, if they’re growing and have hiring demands and, second, if one city fits you better than another. Yes, you can apply to any old job you like regardless of location, but it’ll be easier to land a position in a city that’s actively seeking outside hires because they’ve run out of local talent. (Think of this as burgeoning mid-sized or large cities versus mammoths like New York City, where incoming talent is abundant and continuous.)

As for the other side of that coin, the I-like-this-city side, research helps you know why you think you’d be happier in one location versus your current one. And being able to pinpoint those reasons implies, to employers, that you’re willing to stick around.

After that, there’s one final benefit of research, and that’s small talk. It’s good to know what the locals talk about so you can sound like one too. I suggest learning some of the city’s main attributes—its sports teams, a hot restaurant you want to try, a recent positive and chatter-worthy headline, and what reputation, if any, the city has. You might not live there yet, but you’ll come across as engaged in the area already, which is what’s most important.

Read more: A List of All the Phone Interview Questions They’ll Probably Ask

If you don’t come from a writing background, it can be tempting to use a formulaic cover letter when applying to jobs, but out-of-state applicants need to use whatever’s at their disposal to position themselves as the best person for the job. A wise boss once told me that cover letters are meant to explain gaps or missing information in resumes, and in your case, the missing information is why you’re interested in uprooting your life. You don’t need to get too personal (please don’t, actually), but you can quickly address the issue like this:

I’m looking exclusively for opportunities in the Bay area, and when I read about the marketing position at That’s So Startup, I knew my background would be an asset to your team. For the past six years, I’ve been leading the branding efforts at Still a Startup, a similarly sized startup based in Michigan.

It’s important that you frame your move as something that will happen regardless of a job offer so employers will know you’re committed to leaving your current location. Then transition to the parts of your background and skills that apply to the position or company.

Lean on your connections

It’s nice in theory to believe your skills alone rake in job offers, but it’s simply not true. Networking matters, not only because friends of friends come highly recommended, but also because it’s easier for you to establish rapport with a hiring manager if you have someone in common.

The first time I got a job out of state, my former college TA was working at the magazine I applied to. She didn’t act as a reference necessarily, but she did vouch for me—which is the factor I couldn’t control for. It was up to me to ace the interview or the writing test, but I couldn’t explain to the hiring manager that I was a solid hire, a better hire than his other candidates. Thanks, likely, to my connections, I beat out the local candidates for the job.

You don’t have to drive cross-country, but out-of-state applicants should expect to be more flexible than local ones. The company might want to do additional interviews since you can’t come into the office, they might need to meet at awkward times if there’s a time difference, or they might ask you to travel to their location (on their dime, of course) for back-to-back interviews. The process can be quite thorough (read: grueling), but you can see why it’s necessary: You’re a stranger from a strange land. They have to know you’re a better option than someone who’s already in town.

That said, the interview process is just as much for employers as it is for you—even if you’re desperate to leave wherever you are. Set expectations of how soon you could start based on your move. Ask about relocation benefits. Ask what the typical hiring process is at the company (length and number of interviews). And if, five interviews and a Skype coffee meeting later, you feel like you’re being too flexible, consider that a red flag.

Read more: How to Ace a Phone Interview

Relocation Assistance: The Questions You Should Be Asking
When Your New Job Is Nothing Like You Expected
Welcome to Your First Day of Work: Here’s What to Expect
More articles ›

The truth is in the numbers. Explore our research to find out how women on InHerSight feel about salary, company culture, negotiation, and more.