A lot of women want mission-driven careers. Among the 73 percent of women who want to change careers, 16 percent of those hopeful career-changers say it’s because they want a career with a mission they believe in.

That’s what Nashra Balagamwala has built—a career based on mission more than title or company or industry. The mission, in her words, is to create a more equitable world. And her particular area of focus is women.

“I’ve worked a minimum wage job doing work that I enjoy and been thrilled, even though I was living on coupons for groceries,” Balagamwala says. “I’ve done a $100,000 job and not been excited about the work and been miserable.”

It’s hard to put a name to Balagamwala’s job, but the phrase she uses is experiential designer—think games, visual art, and environments that evoke a response from the viewer.

And if you saw her CV, you might also add artist, speaker, activist, researcher, board game designer, and teacher.

The first big success of her career was born out of an assignment during her undergraduate years at the Rhode Island School of Design, or RISD: Create a project based on something that’s “near and dear to your heart.” At the time, Balagamwala, who is from Karachi, Pakistan, was feeling pressure from her family to have an arranged marriage, but she wasn’t interested—at all. So for her project, Balagamwala created Arranged!, a board game in which players avoid a persistent matchmaker known as Rishta Aunty who pursues their avatars around the board, trying to place them in arranged marriages. She funded the production of the game using Kickstarter and, because she enjoys irony, had the materials printed at a wedding card printer in Pakistan.

Balagamwala makes a point of differentiating, especially for Western audiences who often conflate the two, between arranged marriage—which she’s not against, necessarily—and forced marriage, which she does oppose. Arranged! “forces participants to confront the struggles that young South Asian women face when it comes to arranged marriages,” she told the BBC.

It was Arranged! that landed Balagamwala a feature in The Guardian in 2017. “Within 24 hours of the Guardian writing about it, there was a domino effect. I think the entire trajectory of my life changed.” 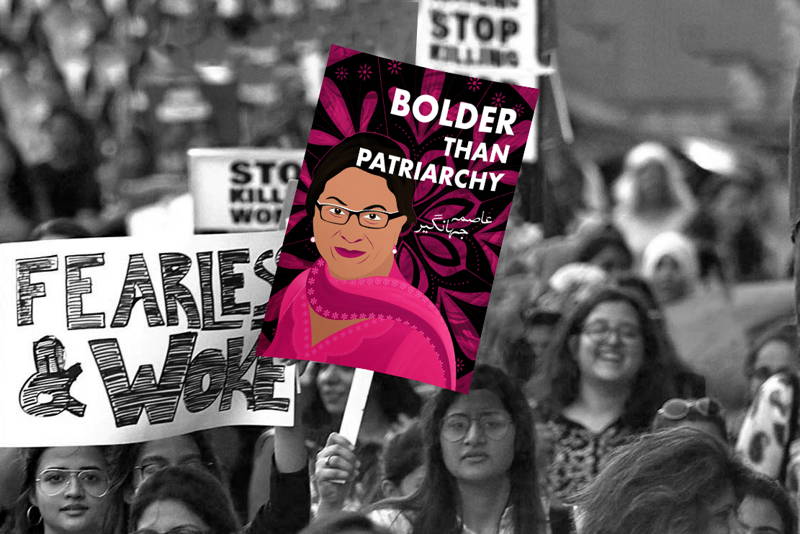 Since The Guardian and a host of other outlets covered the game in 2017, Balagamwala has been a finalist for Fast Company’s World Changing Ideas Awards, named one of the World’s Most Powerful Women by Fortune, named one of Forbes’ 30 under 30, and featured in the 2020 table-top game documentary, Gamemaster (which is worth a watch if you’ve ever wondered about the world of table-top game design or if, like me, you’ve never once thought about it). She’s currently pursuing a master’s degree in design from Harvard University, where she’s a teaching fellow at the Kennedy School.

Balagamwala has worked on projects for the Pakistan women’s march, known as the Aurat March (aurat is Urdu for women); created performance art that draws attention to the long-standing and violent relationship between her home country Pakistan and its rival India, and calls for peace; conducted research on the lack of women in the table-top gaming industry; and created a game called Paltering Politicians, which calls out corruption in the Pakistani government.

It was at RISD that a professor pointed out to her that all of her work had a common ingredient: “All of them had to do with social justice or something that was bothering me. All of my illustrations and paintings had that same trajectory, but I didn’t realize that was happening.”

Now, Balagamwala identifies her upbringing as the source of this artistic output: “From the way I have grown up, I have seen the disparity between the way I was raised and the way boys in my family were raised. And even among my friends, seeing the opportunities that the men had—they were usually less deserving, because all the women I knew were just smarter. The boys were out partying all night, and we had to be home by sunset.”

Balagamwala’s work seeks to dismantle the pieces of culture that create inequity, and this mission is often met with resistance from her family, who family vehemently opposed her involvement with the Aurat March. “They don’t like the march’s slogan, ‘my body, my choice,’” she says. And while she’s tried to stay as involved as possible with the Pakistani march, she acknowledges such forceful resistance from her parents makes it hard. “Some of my values are a little too progressive for them. They’ll either learn or accept.”

And in some cases, they have. It is her parents, once worried that Arranged! would label her unmarriable in her community (it has, but she points out, that was part of the goal), who now package and ship copies of the game when orders come in.

“My family didn’t expect me to have a career when I first went to college, so they’ve really had to adjust and accept a lot. They’ve also realized I’m a very strong-headed individual, and if they tell me not to have a career, that’s not going to work.”

Balagamwala continues to choose projects that speak to her intolerance for injustice. One of her most recent projects is the “Harvard Handbook – COVID Edition,” a cheeky design project that punches at the institution’s lack of strategy during the pandemic that has put students, faculty, and staff in jeopardy. And she’s currently working on a project that seeks to educate people about childhood sexual abuse.

For women who hope to pursue a career like hers, Balagamwala offers this advice: “In an ideal world, the mission-driven projects would be well paid,” she says. “But let's face it, that's usually not the case. My advice would be to never let go of your purpose, never forget the why. I think the best balance I've been able to strike with that one is freelancing with a firm that pays extremely well for a few months, saving up, and then taking some time off to work on my own projects.”

Share this article
Editors' Picks
'The Long Friday': The Story of an Unpaid Labor Strike
She Lives in Atlanta. Her Last Job was in Iceland.
12 Inspiring Women You Should Know
More articles ›