What Is Micromanagement (and Why Is it so Bad)?

Trust us, it does more harm than good 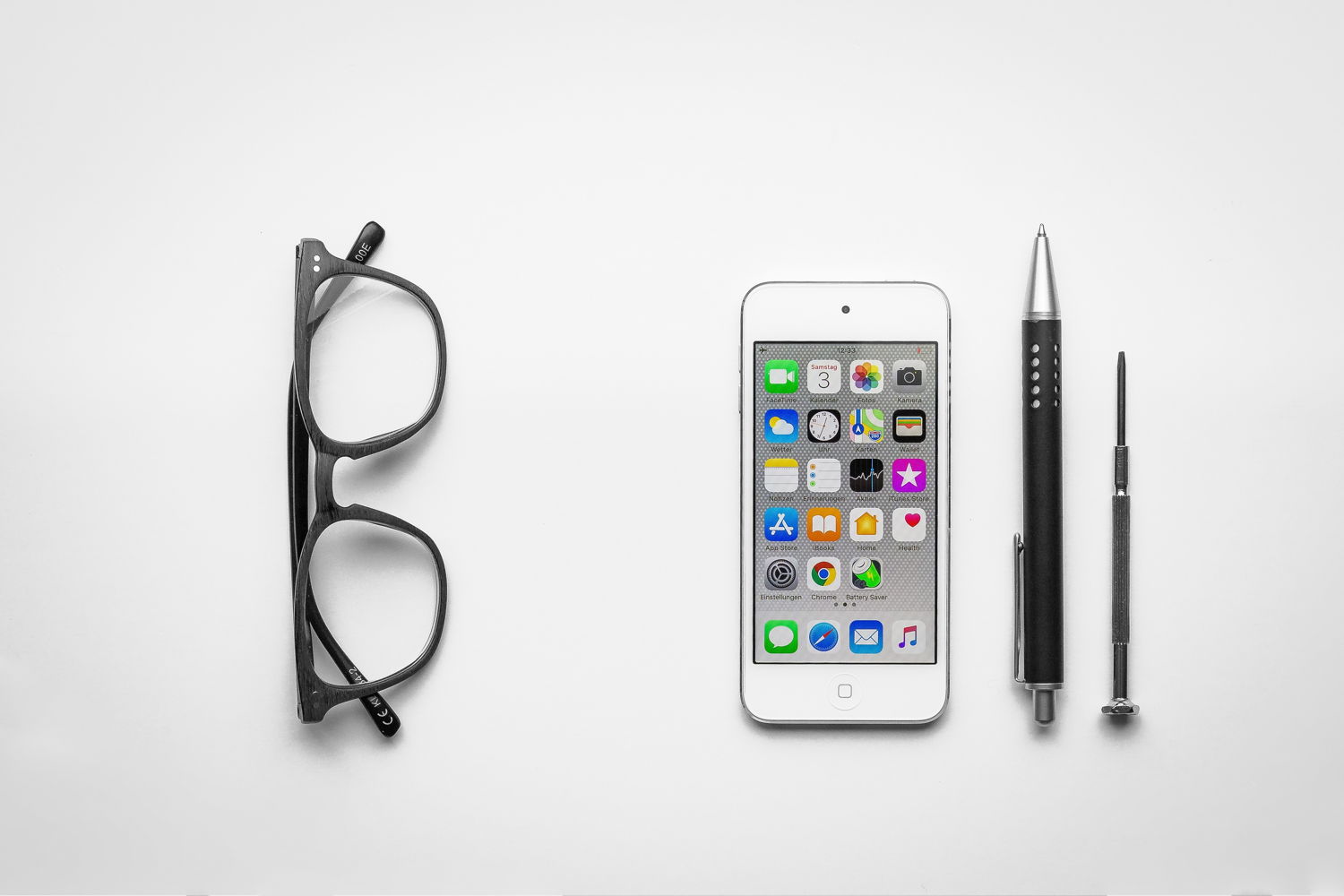 If you’re under very close supervision at work, with each task controlled and checked by your boss before it can be processed, you’re being micromanaged. While a manager is responsible for meeting productivity quotas and customer service expectations, excessive scrutiny is not the same thing as having a solid workflow process in place.

And it’s not always obvious that micromanaging is a problem. Leaders who micromanage their teams may seem at first to be extremely organized and productive. For example, they implement auditing systems and checklists to keep the workflow transparent and seamless—but the result is anything but.

The damage of micromanagement

By controlling each aspect of the work cycle, whether it’s by literally watching employees at their desks or having all emails copied to them, micromanagers are doing more than just slowing workflow and decreasing productivity. Their lack of trust is creating disengaged and discouraged employees, and that low morale inevitably leads to high staff turnover.

In a survey of nearly 3,000 professionals by LinkedIn Learning, the second most frustrating quality in a manager (after unclear expectations) is micromanaging, reports Paul Petrone. And employees will quit because of those issues, he adds. A full 36 percent of respondents did leave their jobs, and another 15 percent were strongly considering leaving.

A survey by Bamboo HR lends credence to these findings, with 44 percent of respondents citing their boss as the reason they quit. The top characteristics and behaviors of those bosses are found in micromanagers: condescending attitude, bad temper, and harassing employees.

Read more: 5 Subtle Signs Your Boss is a Control Freak (and How to Deal)

Do you micromanage your team?

If you think you might be a micromanager, keep track of your daily habits. If you’re sitting in on every phone call and meeting or compulsively (and frequently) checking your team’s progress, you’re micromanaging rather than leading.

Micromanaging can also be less overt. If you find yourself dictating how employees complete their tasks (rather than simply why and when), you might be a micromanager. Feeling the need to boil all human tasks down to digits, keeping painstaking track of PTO or sick days taken, asking to review all tasks completed by your direct reports—all signs of micromanaging tendencies.

And if you know you’re a Type A personality, be on the lookout. Hallmark characteristics include impatience and aggressiveness, says wellness coach Elizabeth Scott, which can easily lead to micromanaging. Behaviors to be aware of include competitiveness and a need for dominance.

Listen to employees and colleagues: if they joke about your always hovering, take it seriously. You might be slipping into a bad habit without even realizing it. Listen if they call you a perfectionist—the habit of controlling every stage of a process to ensure perfection is the definition of micromanagement. If your employees aren’t laughing anymore, and ask to talk to you about it seriously, it’s crucial that you listen and change your behavior or risk disengaged employees or even losing those employees.

How to move from micromanaging to leading

Good leaders are those who’ve found the right balance between managing their employees and empowering those employees to do their jobs successfully. Much of that balance comes from being able to delegate tasks, and then step back, allowing the employee to complete the work. This includes giving team members the authority to make whatever decisions are necessary to get the job done, without your involvement.

Delegating effectively is a learned skill: you need to choose the right person for the job, and start with a task you know they can accomplish. That way, you’ll build trust on both sides. If the task has several stages to it, create a schedule where you can make note of progress and answer questions.

Read more: Are You a Manager—or a Leader?

Be clear from the outset, writes leadership strategist Hilary Jane Grosskopf. “When you give the ask, be specific as to what the outcome should be, but leave the how-to open. If they seem confused or don’t know where to start, that is where it’s essential to be a mentor and provide some guidance,” she explains.

If your impatience kicks in, remember that once properly delegated, you’ll never have to do that specific task again. So the upfront time and effort will ultimately be worth it to you, and you will have an empowered employee you can trust.

And learn to let go. Micromanagement slows down work and even prevents good work. Employees will thrive when allowed to work without an overbearing manager. Remember that perfect is the enemy of done.

How to handle a micromanaging boss

If you’re the one being micromanaged, there are things you can do.

Choose your battles. When you’re the manager, you can determine what’s important. For now, if your boss requires all company emails to have a complimentary close you don’t happen to like (“Sincerely” instead of “Regards”), let it slide. Pay attention to the things that make a difference to your well-being and potential future at the company.

Read more: Have a Difficult Boss? Whatever You Do, Please...Don't Do These Things

Career growth strategist Erin Urban says once she realized her manager’s style of leading was rooted in deep insecurity, she sought to reduce his fears by over-communicating, often and frequently. For example, Urban emailed him at the end of every workday with a progress summary. That one step kept her boss from badgering her for updates.

Over-delivering of any kind builds trust. A manager who knows you always bring projects in earlier than deadline and well within budget won’t feel the need to hover. A manager who can rely on you to proactively communicate problems or questions won’t worry about whether the project is in good hands.

While it’s difficult to take the initiative in a work environment where independence is discouraged by micromanagement, do so when you can. A boss who gets positive feedback from clients about problems you took the initiative to solve will learn to trust you. Once that trust is given, it gets easier for you to build on.

If you decide that you need to address your manager directly, make an appointment for that meeting. Your approach needs to be calm rather than accusatory. Explain how you can do a better job when you are allowed to work independently, reporting on a predetermined schedule. You may need to have examples of instances where you were clearly micromanaged, and can use those to show how much time and productivity is lost when both of you are ultimately doing the same job.

Clarify your role and expectations. Let your manager know that you’re willing to learn and take on more responsibilities, on the basis that you are trusted to maintain timelines and deliver key tasks as assigned. You understand that reasonable progress reports form part of the job, and keep management informed; it’s only the micromanaging that needs to change.

Management Company Culture
Rate a company you've worked for
Share what it's like at your employer. It's anonymous and takes 3 minutes!
Rate now

How to Deal with Morning Sickness at Work

Insight & Commentary
Emotionally Intelligent Leaders Are the New Successful CEOs
And—surprise! Women have their characteristics in spades
Read more ›
Insight & Commentary
5 Subtle Signs Your Boss Is a Control Freak (& How Deal)
Finding it hard to breathe at work?
Read more ›
Insight & Commentary
The Modern Meaning of Snafu
Make this one a Situation Normal, All Fixed Up
Read more ›
Artist: Anna Grimal
Enjoy Free Access to All Our Great Articles
Create a free account to get unlimited access to our articles and to join millions of women growing with the InHerSight community.
Looks like you already have an account! Click here to login ›
Invalid email. Please try again!
...or sign up with social media
Have an InHerSight account?
Log in ›
By signing up, you agree to InHerSight's Terms and Privacy Policy.