Are Networking Events Actually Worth It? Here’s What the Data Says

I mean, how many canapés should you bother to eat in the service of finding a new job? 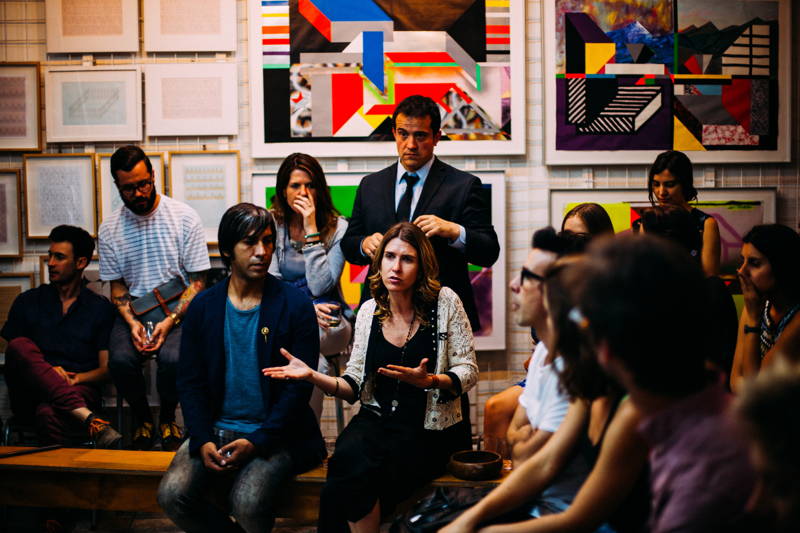 Abbey Slattery is a writer, editor, and pop culture aficionado. She has contributed to newspapers, magazines and websites, but is most prolific on Twitter.

It’s all about who you know...which is why networking has always been a mainstay in the professional world—or, at least, so people say. But is it all that talk worth it? You might be surprised.

Here are some need-to-know facts about networking events and why they might just be a necessary evil for working women.

Is networking worth the time?

For most people, yes.

In a 2016 survey of 3,000 people conducted by Lou Adler, CEO and founder of the Adler Group, networking was the primary means for finding a job. For “tiptoers,” or those who are casually looking for a new job, networking beat out applying 3:1. For passive/unemployed candidates, those not actively seeking a new job, the numbers looked more like 7:1.

In fact, Adler’s survey results suggest that upwards of 80 percent of open jobs are filled through networking and not the typical application process.

So could it really be a case of who you know, and not what you know? Well, according to Matt Youngquist, president of Career Horizons, it’s exactly that. Youngquist recently told NPR that he believes anywhere from 70 to 80 percent of job openings are never actually posted. Instead, they’re filled by people who have networked with those inside the company.

Youngquist does have a point: Getting a referral from someone in the company can be the key to snagging a job. Some experts estimate that only 7 percent of applicants come from referrals, but those who have them account for 40 percent of hires, according to a study from Jobvite.

The ugly side of networking

Unfortunately, networking favors gender. A recent study of about 2,000 male and female Wall Street analysts—all with the same number of connections and similar work performances—found that the male candidates were more likely to get professional aid from their networks.

Those numbers are pretty discouraging for working women—especially considering that, within that same study, 35 percent of the women in the study attended Ivy League schools, while only 25 percent of the men did.

But it’s not all so bleak. The study also found that, although women-to-women connections were rare, when they were present, women had a significantly better chance for improvement and advancement in their careers—although it was still around half the help provided to men by their male connections.

Read more: How to Network without Feeling Gross

How to use your network to your advantage

While networking for many women may not be the same as it is for many men, there are still plenty of benefits to reap from the process. While you can always beef up your LinkedIn profile or even perfect the art of cold outreach on LinkedIn, networking events may be the faster and more effective way of building those connections.

The expectation of networking events are clear: everyone is there to meet someone. If you’re trying cold outreach on social media or via email, it’s like knocking on someone’s door while they’re trying to get some work done.

Typically, large conferences and roundtable events will help you make more widespread connections that you’ll need to nurture over the long term, while smaller, company-based events like happy hours and brunches are good for close-to-home connections.

Introverted and not super amped about attending a networking event? Come prepared with a few talking points of a singular goal of meeting one specific person, and then call it a night. You can also bring a friend with you so you’re not left loitering alone by the bar.

Once you’ve made those connections, connect with them on social media and start engaging with their posts or sending them relevant articles you find. Ask them to grab coffee or eat lunch. Keep that network warm and active, and you could be that much closer to your next gig.

How to Successfully Pick Someone’s Brain
9 Solid Jobs That Don’t Require a College Degree
How Much Does It Cost to Have a Baby in 2020?
More articles ›