To Drink or Not to Drink: How to Handle Alcohol at Work 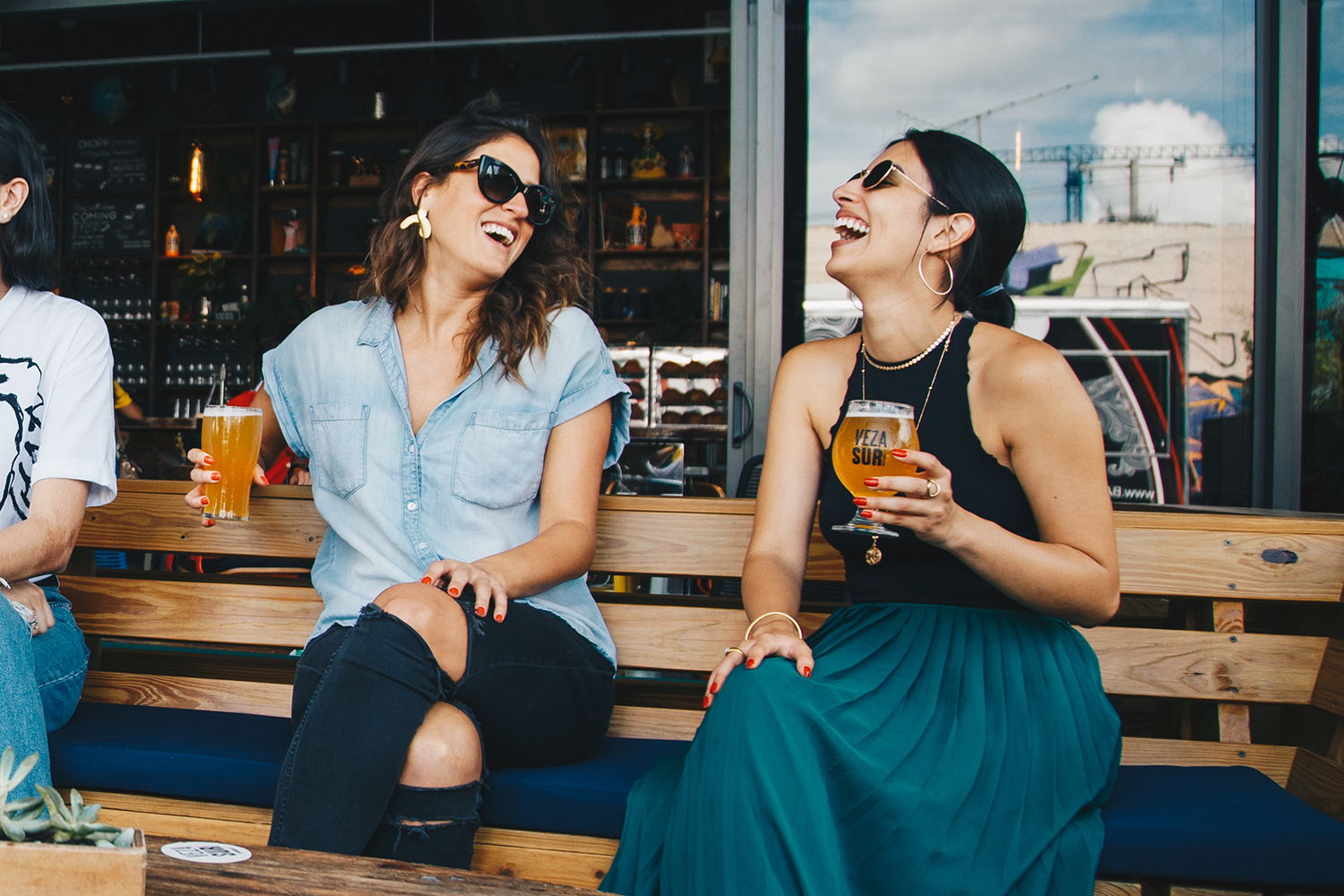 There are certain industries that forbid drinking — nursing, pilotry, carpentry — but what if your company supports or even encourages it? Some companies have fridges stocked with beer or wine. Some companies host Happy Hour events in the office. Some bosses take their team members out for mid-day drinks and of course this time of year there’s the dreaded holiday party to reckon with.

When it comes to drinking alcohol at company functions, should you drink at all? And how much is too much?

When I worked in the industry that invented Summer Fridays, I would drink alcohol on occasion, because it was socially acceptable and, in many cases, encouraged. Often, I attended company-wide dinners, happy hours in the office, after-work parties, even industry-sponsored concerts. I was told that expensive dinners, free drinks, and office parties were perks to be enjoyed… so I enjoyed them. To an extent. Here’s how I navigated alcohol in the workplace.

I surveyed the scene.

When I was out to dinner or at a work event and everyone was ordering water, I’d typically order water. But if everyone was drinking, and I was in the mood for a glass, I felt free to order a glass of wine, too. I applied this to work events, too: one of my unwritten rules was to never drink more than the people around me, and if at any time I felt uncomfortable, I’d order a water, food, or head home early. It’s always better to leave the party early than to stay until the end and say or do something you regret.

Drinking with coworkers is different than drinking with friends, even if you consider your coworkers friends. The key difference being that it’s important to be professional, even if you have a fun night out. My strategy? I set limits for myself. More specifically, I never binge drink at a work function, even if everyone around me is doing it. Drinking and getting drunk are two different things, which for me means avoiding sugary cocktails and sticking to beer. At the end of the day, your coworkers are your coworkers, not your drinking buddies.

I was never that coworker.

It’s all fun and games until you fall asleep at the bar, divulge personal details, or get into a bar fight and show up the next day with a black eye. I don’t think anyone sets out to be the drunk coworker, but unfortunately, if you’re not paying attention or if you’re trying to embrace the company culture, it can happen. Trust me, I’ve seen it. Drinking with coworkers is no different than drinking at work. You’re not going to get drunk at the office, so you shouldn’t get drunk at the hotel bar while on a work trip.

Sarah Sheppard is a writer, editor, and writing instructor. She worked as a rights manager for an independent book publisher in Boston, earned an MFA in Creative Writing from Lesley University, and is working on her first novel. You can find her at @writershep on Twitter, or @sarahsheppardwriter on Instagram.

The 20 Best Places to Work in D.C., According to the Women Who Work There (2019)
How to Keep Your Ethics in the Workplace
Books to Read If You’re Working in a Boys’ Club
More articles ›