21 Madeleine Albright Quotes to Inspire You Take on the World 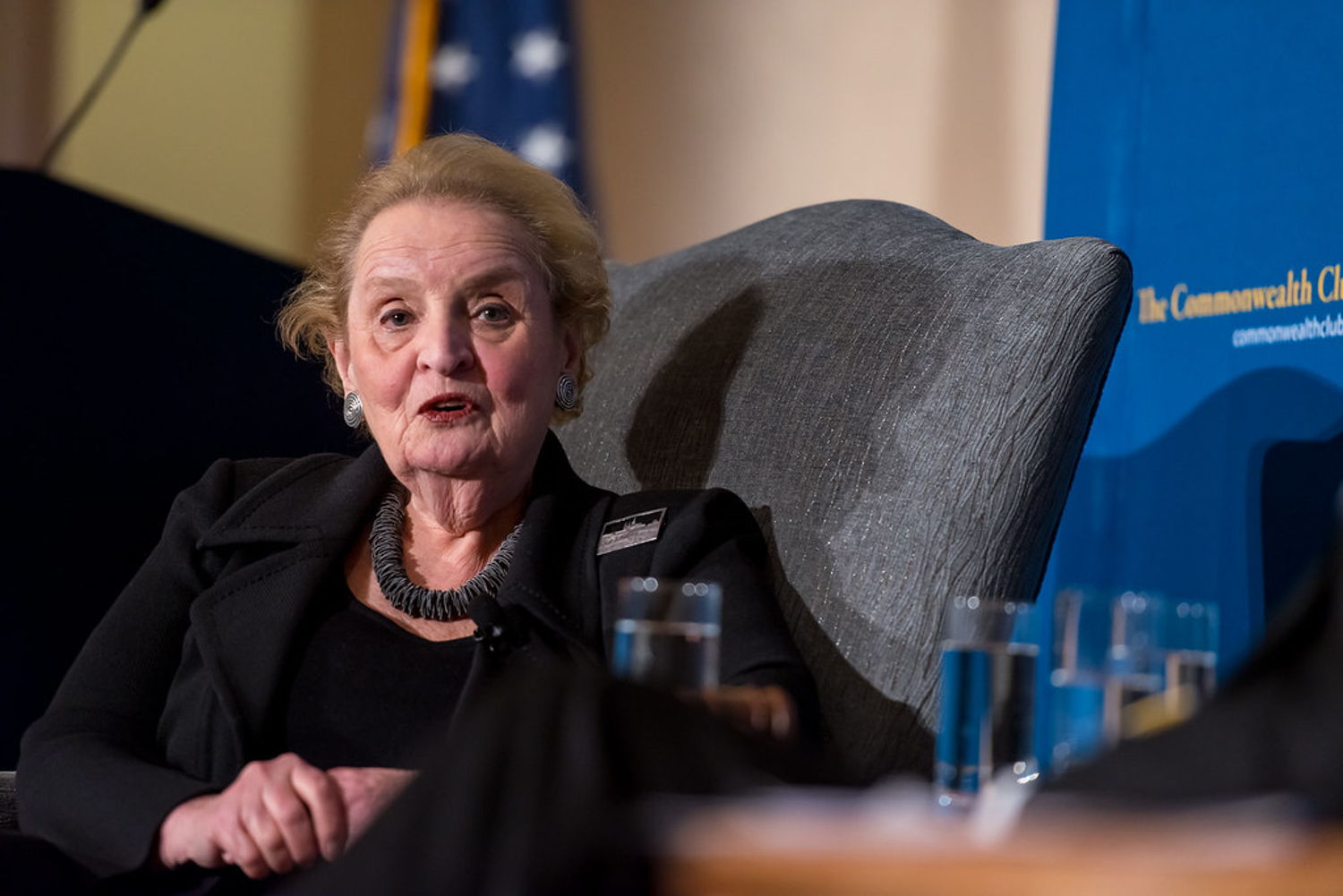 A political powerhouse, a UN ambassador, the first woman to serve as the U.S. Secretary of State—Madeleine Albright is one of the most respected women in our country’s history.

Before being named by President Clinton as Secretary of State in 1997, Albright served as ambassador to the United Nations for four years. As a child, she and her family had fled both Nazi and communist regimes before coming to America. Although her upbringing was tumultuous, Albright used it as motivation—and her Presidential Medal of Freedom proves that it worked pretty well.

A woman known for her bold opinions, outspoken nature, and wide variety of pins and brooches, Albright not only knows how to inspire, but also how to accessorize. Here are some of the most well-known quotes from one of our country’s most admired women.

Read more: 9 Mantras of Successful Working Women We Can All Live By

Read more: 38 Powerful Quote from Women Who Don’t Mess Around

In Defense of Male Managers

Working Women
10 Female Musicians You Need in Your Life
Wait, you haven’t heard of…
Read more ›
Working Women
Sallie Krawcheck of Ellevest: Invest Like a Woman
The pay gap is only half the battle.
Read more ›
Working Women
Looking for a Job in Logistics? Try Working with Nicki Minaj and Chris Rock for a Living
Tina Farris is a career force to be reckoned with
Read more ›
Artist: Anna Grimal
Enjoy Free Access to All Our Great Articles
Create a free account to get unlimited access to our articles and to join millions of women growing with the InHerSight community.
Looks like you already have an account! Click here to login ›
Invalid email. Please try again!
Sign up with social media or...
Already have an account?
Log in ›
By signing up, you agree to InHerSight's Terms and Privacy Policy.