Choose your words wisely. Often, the way you describe women has unintended consequences 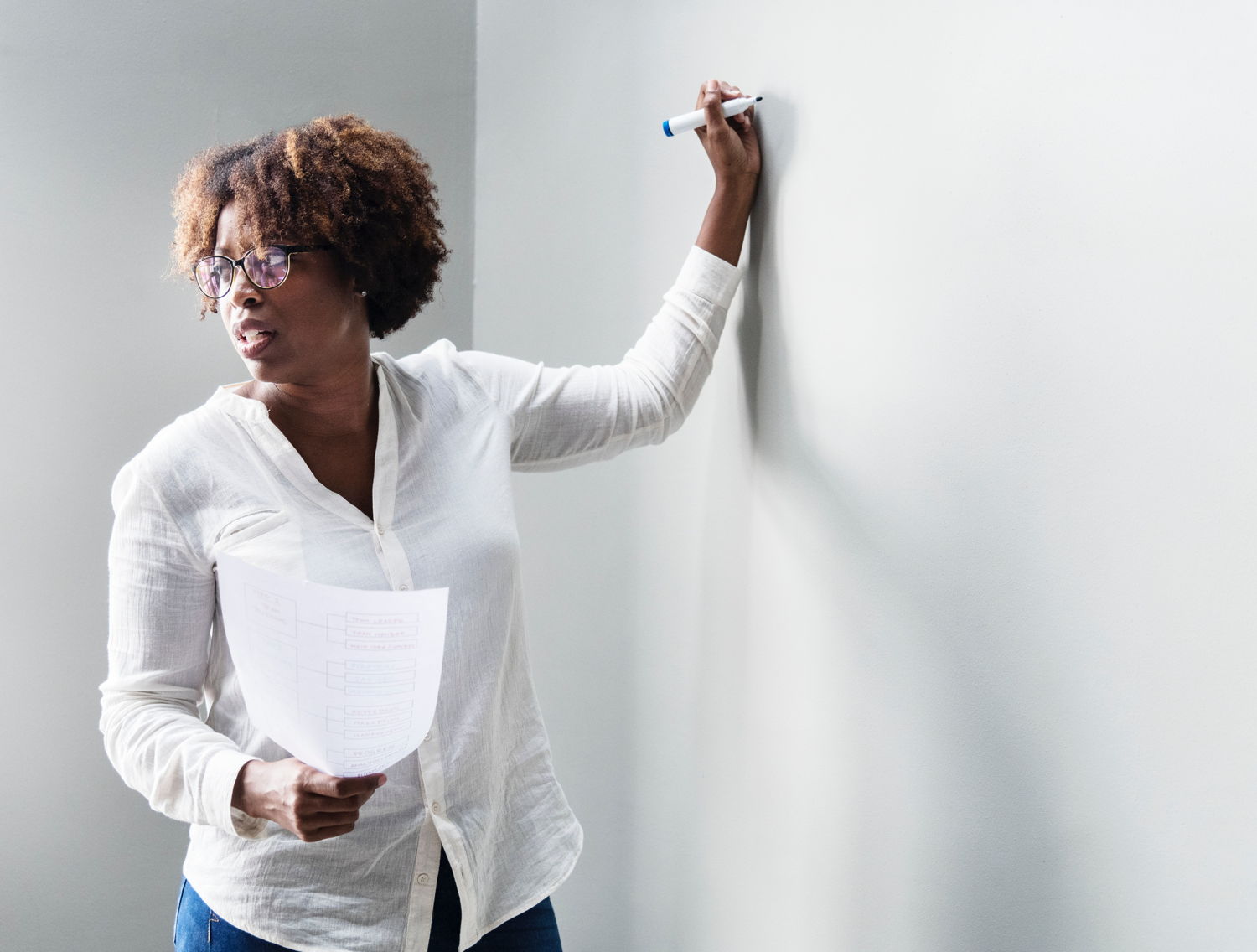 Rachel Cooper is a writer and creative based in Kansas City, Missouri. She's also cofounder of Read Poetry, an online platform and community dedicated to modern poetry and its role in today's society.

“Her presentation style is so aggressive.”

“Your performance this quarter has been great, but I’ve heard complaints that your management style errs on the side of bossy.”

Whether directed toward you or your female colleagues, you probably know how damaging words like these can be to a woman’s everyday professional performance and career. So why the name-calling? And why don’t we hear words like “aggressive,” “bossy,” and “feisty” used to describe our male coworkers?

Pratima Rao Gluckman, the author of Nevertheless, She Persisted, has interviewed countless women about these questions. One of her friends had received consistently good reviews from her boss until one of the male executives in her office told her that her leadership style was “aggressive” and that she needed to back off a little bit. But what does that really mean? Does backing off mean softening her leadership style? Or does it mean to abandon her approach altogether?

Many women struggle with feedback like this, and they all approach it differently. Some decide not to change the behavior deemed aggressive and forge onward, knowing that—due to the gender gap—sometimes they have to be “aggressive” to go head to head with their male counterparts.

Read more: How to Master the Art of Arguing at Work

Others try to soften their approach, while others back off completely, reverting to the submissive role that has plagued women for so long. Ultimately, the “aggressive” label is harmful, especially when male colleagues are being deemed “assertive” or “go-getters” for the same behavior.

Women in corporate environments have struggled with this for decades, so much so, that in 2014, Lean In launched the #BanBossy campaign that argues that the gender gap starts during childhood. It’s the old “boys will be boys” adage that celebrates boys for being assertive and trains girls to be quiet and submissive. It is only when girls resist those gender norms, that they are often called “bossy.”

This term discourages women from taking on leadership roles, especially when men who exhibit the same “bossy” behaviors are lauded as leaders and rewarded with promotions.

And it’s not just “aggressive” or “bossy” labels that are thrown around so casually. These harmful words run the gamut from “emotional” and “sensitive” to “feisty” and “sassy,” and they can affect women’s careers, especially when used in reviews or recommendations.

So if you’re a manager, be mindful of the words you use to describe your female employees.

Avoid using negative labels, and think of more constructive ways to give actionable feedback or merely celebrate her leadership skills. Also, take time to nurture your female employees’ talents, recognizing and utilizing what everyone brings to the table.

And if you’re an aggressive, emotional, feisty, bossy, whatever employee? Trust your gut, and don’t question yourself. If what the label you’re assigned doesn’t match who you think you are, then it’s the other person who has the problem—not you.

6 Times You Should Talk to Human Resources

Insight & Commentary
What Role Does Job Choice Play in the Gender Pay Gap?
“Occupational sorting” is often used to explain away unequal pay, but historically, it’s been society, not women, that's dictated career paths
Read more ›
Insight & Commentary
The 2 Kinds of ‘Not Safe for Work’
It’s not just about blue jokes
Read more ›
Insight & Commentary
99 Work-Friendly Questions That’ll Spice Up Breaking the Ice
Please don’t ask me to share another fun fact about myself
Read more ›
Artist: Anna Grimal
Enjoy Free Access to All Our Great Articles
Create a free account to get unlimited access to our articles and to join millions of women growing with the InHerSight community.
Looks like you already have an account! Click here to login ›
Invalid email. Please try again!
...or sign up with social media
Have an InHerSight account?
Log in ›
By signing up, you agree to InHerSight's Terms and Privacy Policy.