For Leigh-Kathryn Bonner, beekeeping runs in the family. A fourth generation beekeeper, Bonner ventured out on her own in 2014 while still an undergrad at North Carolina State University to create Bee Downtown, a company that works with organizations to build healthy bee populations in cities by installing and maintaining beehives. Her first hive installation was at the Burt’s Bees headquarters in Durham, NC and she’s only expanded from there.

Though Bonner began Bee Downtown as a non-profit, she quickly made the transition to a for-profit business, or "beesness" as she calls it. She and her team recently celebrated hitting one hundred hives at forty different companies across North Carolina, including hives at IBM and SAS locations. That growth is especially substantial, considering that just two years ago, she had only seven hives. 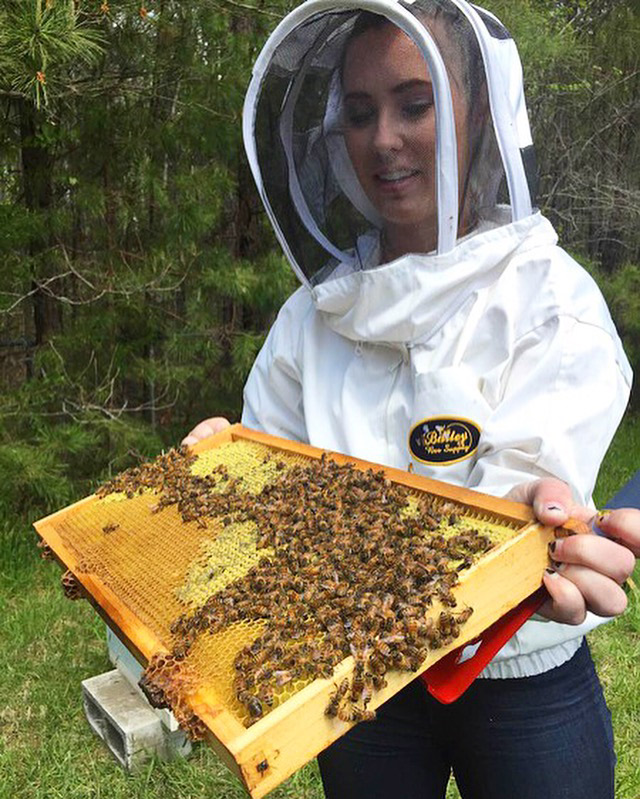 For Bonner, the secret to success comes down to the hive. "Bee Downtown’s brand is built on hope...of what can happen when people come together and work together like a hive." Since everyone at the company works for the "good of the hive," she says that every day she gets to see people "live out their talents and skills,” creating a “creativity in how we address each day."

“Each day you are reminded that you have so much left to learn in the grand scheme of things.”

Perhaps the most inspiring thing about Bonner is her female-ness in such a male dominated sector. "Being a young woman of smaller build that is moving heavy beehives around for a living can cause people to sometimes second guess my abilities to successfully run a company," she candidly says. Despite the doubts of others, Bonner says she can move any hives, even when "in heels and a dress after coming from a meeting." She doesn’t dwell on the opinions of others, letting her company speak for her.

The end goal for Bee Downtown is to expand far past the state of North Carolina, bringing sustainable pollination (and a neat marketing point!) to the rest of the world as well. Businesses who work with Bee Downtown can to point to a unique and meaningful contribution toward the local environment. Bonner is hoping to slow the losses of beehives in America and draw awareness to the issue at home and abroad. 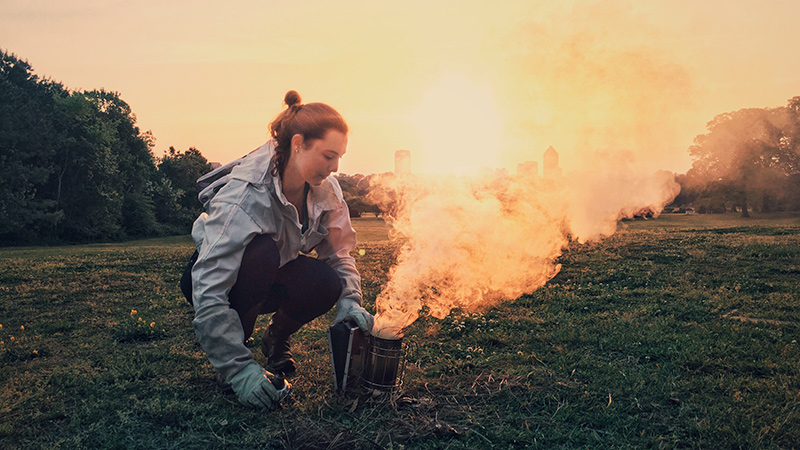 Her biggest takeaway? "I don't know anything," she says. "Everyone wants to talk about the success stories, and the highs that come from being a sole founder of a company, but it is truly a humbling experience. Each day you are reminded that you have so much left to learn in the grand scheme of things."

Bee Downtown is a great inspiration for young women looking to start their own business. We can’t stop buzzing about it! 🐝