Rate Now
Best Companies for Women
All Companies
Jobs
Community
Blog
Research
For Employers
Join InHerSight's growing community of professional women and get matched to great jobs and more!
Sign Up
Already have an account? Log in
Blog › Interview

From TV to Carpentry: How TLC Star Ananda Lewis Found a Career She Loves 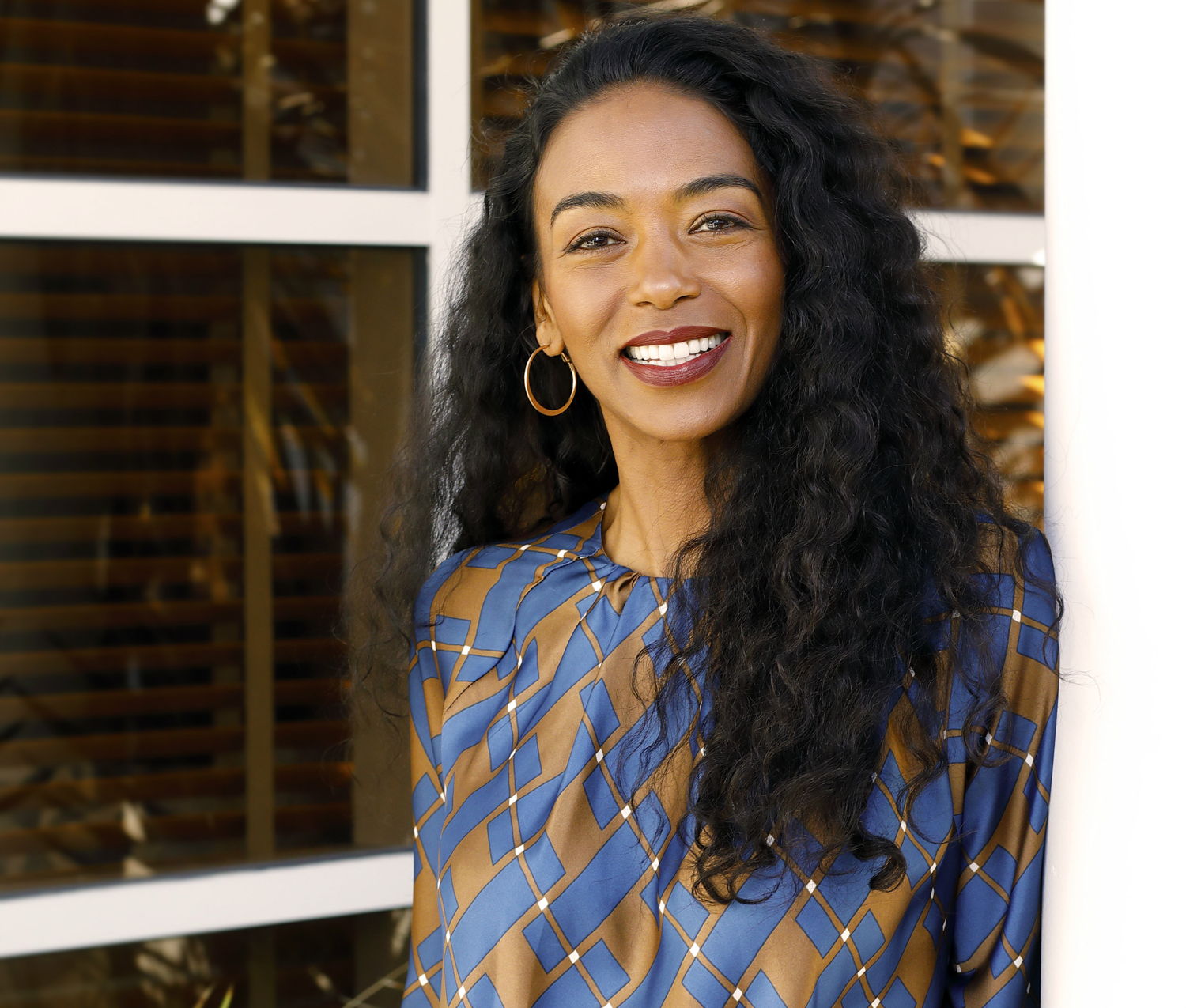 Sometimes a career change is just what the doctor ordered. At least, that’s how it was for former MTV VJ Ananda Lewis, who quit her self-titled talk show to pursue a career in carpentry. In the middle of filming her show, Lewis realized she was no longer happy being in the spotlight. So, she packed up her things and headed back home to take care of her ailing grandmother. There, while working on small renovation projects in the home, she found her calling.

Now a few years later, Lewis not only has a carpentry degree under her belt, but she’s also managed to marry her two careers: She’s back on television, but this time, she’s tearing down walls, drilling, painting, and renovating homes as host of TLC’s “While You Were Out” reboot.

Read on as Lewis tells InHerSight how she discovered her passion, negotiated her dream job, and continues to navigate a male-dominated field.

When did you fall in love with carpentry?

Understanding that carpentry was a field that I could fall in love with was probably when I was at MTV. I was dating somebody who built furniture, and he had a workshop. I got to kind of have this first-time experience of being in a full workshop with every tool I could imagine.

My builder alter ego... #womenswork ❤️you dont have to be naked or dressed up to be sexy😁 HARD WORK IS THE NEW BIG FAKE BOOTY💪🏽! lol! Almost done with these tables. #tables #carpenter #womenswork #everydaywoman #buildsomething #mydadsonlyson #before #asiam

What was that moment when you decided to go back to school to become a contractor?

My grandmother was the first person to put a drill in my hand. It was because she said when you broke something in the house, then you fix it. There wasn’t some man fixing stuff; it was my mom and grandmother.

I was trying to build a shoe rack, and I just could not get this board to fit. I was so frustrated, so I said I need to take a class. I started to search, and I ended up on Los Angeles Trade Technical College’s website. I started registering for classes, and before I knew it, I was on my way to getting a degree in carpentry. I was one of two women in my class. I graduated two years later with an Associate in Science degree with a 4.0 GPA.

Did you ever have any doubts about working in a male-dominated field?

Definitely in the male-dominated field of entertainment, I had doubts about being able to push back that the field can create in your mind. You experience things like always being kind of spoken down to it's like, Oh, you're so pretty, and my response was always, I'm so much more than that. As for carpentry and construction, I never looked at it as a male-dominated field. I never felt intimidated by it. The guys have always been helpful anytime I asked for help.

In an interview with Shondaland, you said you wouldn’t go back to television unless it combined your love of carpentry, so how did you end up on HGTV and TLC?

I found myself wanting to go back to work and needing to go back to work in 2016 from variety of circumstances that happened in my life, and the number-one thing I knew I wanted to do was combine my love of construction and carpentry because that’s what I'm good at. But I wasn't completely in love with TV. I knew that's where my check would be so I could support my son, and I knew that that's what would make me the happiest. But I didn't want to start a contractor's business.

I first did a pilot for HGTV that didn’t get picked up. Then TLC decided to bring back “While You Were Out” and caught wind of me doing this kind of work. They called, and I asked if I could do construction on the show using my tools and skills because if it was just hosting, I wasn’t interested. They were open to it, and it’s been fantastic. I got to work with Half Yard Productions. They sent an all-female team to produce the show, so for me, coming back to a male-dominated industry, to watch the transformation that has taken place over the past 10 to 15 years, it was a dream come true.

Read more: It's Hard to Change Careers—These Companies Are Making it Easier

How was it going back to work and being a mother this time around?

As a homeschooling mom who was ready to come back to work, TLC gave me the space so I was able to bring my child with me. Those kind of companies and people are needed for women to be able to create the balance and support we need. I’m so grateful for it.

What advice would you give women who are looking to switch careers or wanting to get into carpentry and construction?

If you love the craft, ignore anybody who tells you that you can't do it.

Career Management Pop Culture
Rate a company you've worked for
Share what it's like at your employer. It's anonymous and takes 3 minutes!
Rate now

Insight & Commentary
Lessons from Reese Witherspoon, Nicole Kidman, and More Women on HBO
Telling the right stories and embracing your own viewpoint
Read more ›
Insight & Commentary
Let's Talk About Age Discrimination in 'Younger'
The TV show sheds light on a larger cultural problem
Read more ›
Interview
Don't Fetch the Coffee! Advice From a Woman In Tech
We asked senior engineer and web development instructor Kelly Murray a few questions about her experience as a woman in the tech industry.
Read more ›
Artist: Anna Grimal
Enjoy Free Access to All Our Great Articles
Create a free account to get unlimited access to our articles and to join millions of women growing with the InHerSight community.
Looks like you already have an account! Click here to login ›
Invalid email. Please try again!
...or sign up with social media
Have an InHerSight account?
Log in ›
By signing up, you agree to InHerSight's Terms and Privacy Policy.