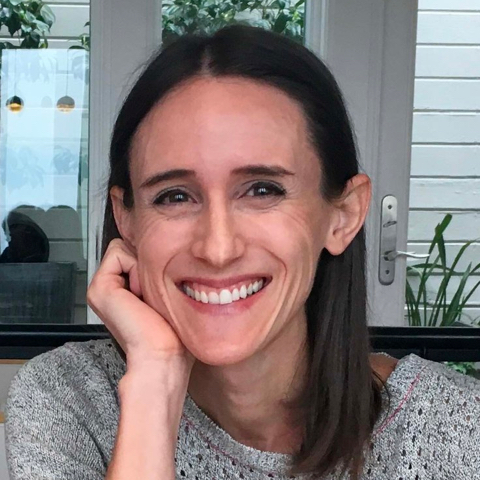 For years, women at Nike had followed standard corporate protocol, lodging complaints to an unresponsive human resources department about a toxic work culture, according to news reports.

Little changed, however, until a group of female employees at Nike’s Oregon headquarters took matters into their own hands, gathering experiences from their female co-workers in an anonymous survey that uncovered stories of rampant sexism.

Less than two months after the survey’s results landed on the desk of Nike chief executive Mark Parker in early March, six top male executives have exited the company or announced plans to leave.

The #metoo movement typically has shined the spotlight on individual bad actors in the workplace, but few efforts have led to such seismic changes in a company’s top leadership.

And it all comes thanks to a group of determined women, frustrated and ready for action, and their anonymous company survey, a tool that, when built correctly, can be a true catalyst for change for women in the workplace.

Of course, surveys and company review sites are nothing new. Sites like Glassdoor, Indeed and Comparably can give high-level metrics on items such as a company’s outlook, its executive team, compensation and other insights for job seekers.

But, for these tools to drive change for women, the key innovation is orienting them toward gender equality at work. Surveys and reviews must have the right lens to truly capture women’s experiences and reveal the areas where companies must do better.

They shouldn’t merely catalog the numbers in a corporate policy. Surveys must turn that data into real, living stories of what works and what doesn’t, empowering and enabling women to act on the things that matter to them.

At InHerSight , the platform we’ve created to measure the experiences of women in the workplace, we know how powerful these anonymous reviews - when done right - can be.

Nine out of 10 women who visit InHerSight tell us our data is helping them make better career choices. And most are looking to make a job change. About 55 percent of our audience is actively looking for their next position.

With reviews for more than 65,000 companies in the United States, it’s a powerful tool for women and measures everything from a women’s access to equal opportunities to how companies respond to issues such as sexual harassment and salary satisfaction.

It also gives critical feedback to companies. It’s worth noting that anonymous reviews about Nike on the platform covered some of the same complaints revealed in the anonymous survey.

“Very sexist environment on the footwear side,” wrote one woman who said she’d worked at the company. “Not many women and I felt very alienated by my team who was entirely male.”

“If you’re starting from the bottom, start somewhere else,” wrote another. “Even on the production line, racism and sexism were very apparent. Was promised HR would help, ended up leaving instead.”

Homing in on what matters most

Every day, on the pages of InHerSight, we read stories like these.

We see how critical it is for women to feel like their colleagues are respectful and unbiased. We see that it’s imperative that companies respond to women’s needs when they escalate them to human resources. And we have learned from our data from hundreds of thousands of women that they must have equal opportunities to thrive at a company.

Indeed, according to our data, access to on-site childcare or traveling nannies or free egg freezing, benefits that companies have touted in recent years, are nice to have, but they are not the three most powerful drivers of women’s overall satisfaction at work.

We see our platform as a critical path for communicating with companies to develop the workplaces where women succeed. We want to see companies recognized for what they do well, and we want those dimensions we’re measuring to become part of how we talk and think about the workplaces and workforces of today and tomorrow.

Similarly, the data we’re collecting can help companies create roadmaps to make themselves more attractive to women and to retain the women who already work for them. They can see how women feel about their policies and the implementation of those policies and adjust accordingly.

Like the amazing women at Nike found, anonymous company reviews can be an indispensable tool for change, providing the transparency that women need and the details that companies must seek out if they want to keep their female employees and bring more into the fold.

By Ursula Mead. A version of this article was also published on BizWomen .

Company Culture Top Companies
Rate a company you've worked for
Share what it's like at your employer. It's anonymous and takes 3 minutes!
Rate now

Insight & Commentary
The Best Insurance Companies to Work For, As Rated by Women (2019)
The top spots for insurance gigs this year
Read more ›
Female-Friendly Companies
The 20 Best Companies to Work for in Los Angeles, As Rated by the Women Who Work There (2019)
As rated by the people who work there
Read more ›
Interview
Inc. Magazine Named This Company One Of The Best Work Places of 2018
Women of Malouf Director spills how company values translate into behavior
Read more ›
Artist: Anna Grimal
Enjoy Free Access to All Our Great Articles
Create a free account to get unlimited access to our articles and to join millions of women growing with the InHerSight community.
Looks like you already have an account! Click here to login ›
Invalid email. Please try again!
...or sign up with social media
Have an InHerSight account?
Log in ›
By signing up, you agree to InHerSight's Terms and Privacy Policy.