How do women feel about dating in the workplace?

Just 16 percent of women say they have had a romantic relationship with a coworker, while 20 percent say they would be open to the idea.

Partnering up long-term is less common, with just 10 percent of women reporting they met their spouse or long-term partner at work.

A little nugget: It’s worth noting that 69 percent of women say they feel relationships in the workplace are fine, as long as they don’t interfere with work. Compare that to just 20 percent who would be open to it themselves. So for a large share of women, dating a coworker is just fine—as long as they’re not the ones doing it. 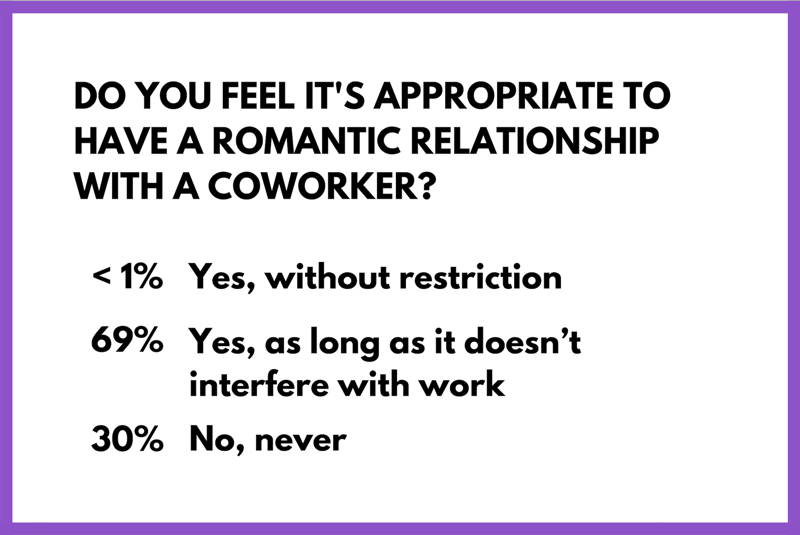 It’s a different story when it comes to dating someone who’s higher or lower ranking: Less than 10 percent of women say they feel it’s okay to have a relationship with a superior or direct report.

Share this article
Editors' Picks
Infographic: There's No Crying at Work! Or Is There?
The Hidden Dangers of a Half-Assed Mentorship Program
Are Companies Good at Responding to Women’s Concerns? 5 Facts.
More articles ›