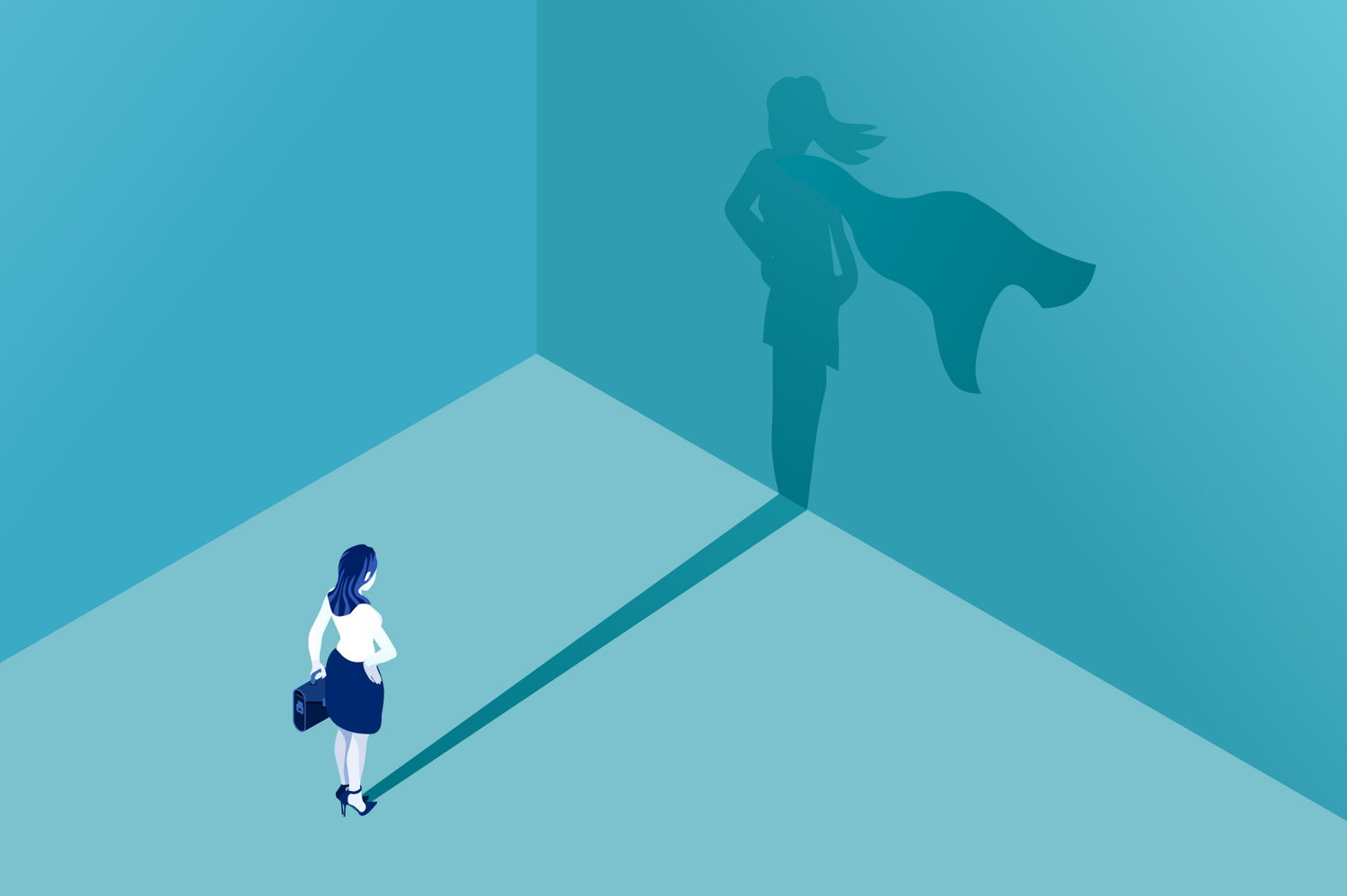 The ride to the airport is my least favorite part of travelling alone. Suddenly the weight of leaving home hits me, and without the distraction of airport security and snack selections I get sweaty-palmed anxiety. This trip was even worse. I was one funny look from the driver away from bursting out in tears. My inner demons played in a loop in my mind: You’re not good enough. You haven’t earned this. You’re going to fail.

I was on my way to Palo Alto to do research for a book my organization was publishing. The organization’s archives are housed at the Hoover Institution on Stanford University’s campus, and I offered to spend three days digging through over 3,000 boxes worth of telegrams, letters, photos, and more, covering 100 years of history.

I had offered to take the trip on a whim. The majority of my then five years of professional experience had been guided by a notion I heard, credited to multiple people: You don’t get what you don’t ask for. So when I heard that someone might have to make the trip to California, I offered to go, fully expecting that someone else more senior or qualified would be sent instead.

Quite some time passed before I was formally given the go-ahead to start booking flights. The project lead, Sarah, had brought me into the book team, and seemed happy someone was willing to make the trip.

The second she told me I’d be going, a small flutter began in my stomach. A bit of it could be attributed to excitement, but overwhelmingly I was worried that at any moment, I would be found out. Sarah would see I wasn’t ready for such a massive responsibility and my mask of confidence would be ripped away, revealing the small, young, underprepared woman behind it.

The flutter grew to full panic as I sat in that Uber on Sunday evening, my carry on filled to the brim with suits, heels, and lapel pins—my costume for the next three days.

In an effort to get as much work done as humanly possible, I got up early to arrive at the archives as soon as they opened on my first day. I pulled box after box of documents and photos, taking pictures for my records and sending shots of particularly interesting items back to Sarah and others in the office, all while trying to maintain calm. I forced a small semblance of positivity into my brain as hard as I could: You can do this. You have to do this. You have no choice.

On the morning of my last full day in California, after sending countless images back to Washington, D.C., I called Sarah to give her an update on my progress and what I planned to do for the remainder of the day. I rapidly threw words at her, trying to get as much out before I got back to work. I told her I hoped I got some good things, the archiving wasn’t done perfectly, we would face some challenges when I returned, I wished I could have done more.

Sarah stopped me. She told me how great the photos were that I had sent her, and how eager she was to see what else I had. She let me know the trip was already worth it based on what she’d seen. And she told me the one thing I failed to realize from the beginning: If she hadn’t known I would do great work, she wouldn’t have sent me.

The next day I landed in D.C. and made my way straight to the office. I was welcomed back by colleagues who were proud of the work I had done. I finally felt true confidence, knowing I had succeeded.

I learned something important on that trip: You’re rarely given an opportunity you aren’t good enough for. While I hadn’t yet realized that, Sarah saw a well-prepared, capable individual she knew would help make the book as great as it could be. Rather than sending someone based on the years they’ve been around, she opted for an individual she could trust. It just took some time for me to understand how that person was me.

At the end of the day, people don’t put their trust in you blindly. If everyone around you is telling you how great your work is, but you still show up every morning thinking you’re moments away from being found out, take a look in the mirror. The only person you’re fooling is yourself.